We take a look at an alternative version of history to see if bringing back a famous name would have made a difference to Holden’s eventual fate.

The Holden Cruze was a largely forgettable car, and about as far as the brand could get from a muscle car.

But for a period in the late 2000s it was seen as a potential savior for Holden, a small car arriving to help compensate for the declining interest in the Commodore. As it turned out it did nothing to help Holden and eventually General Motors decided to give up on the once-powerhouse Lion brand altogether in 2020.

But what if Holden had made a different small car than the Cruze, one it had teased a few years earlier? And one that had a glorious history as a muscle car hero of the 1970s?

I’m talking about the Holden Torana, and specifically the Torana TT36 concept that appeared at the 2004 Sydney Motor Show. The bright pink hatchback previewed elements of the VE Commodore but also teased the possible return of the once-great Holden small car. 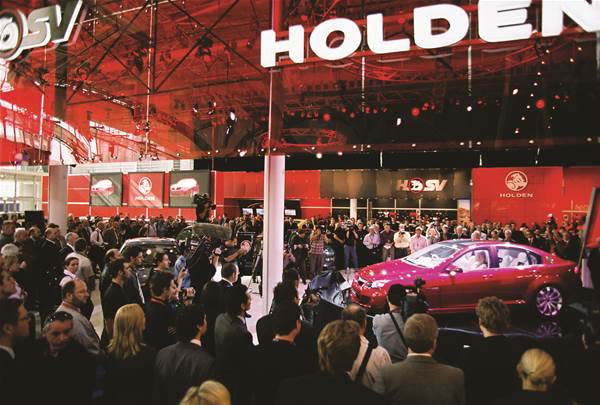 The Torana TT36 attracted plenty of attention at the 2004 Sydney Motor Show.

It was reportedly the brainchild of General Motors’ big wig, Bob Lutz, and then-Holden boss Peter Hanenbeger and lead designer, Mike Simcoe (who is now head of all GM design globally).

Holden was flying high in the early 2000s, Commodore sales remained strong and steady, the company was winning on the racetrack and seemingly every imported model it stuck a Lion badge on proved a hit.

Simcoe had played a key role in this boom period, because he was the creative mind behind the re-born Monaro, with the 1997 Coupe Concept. This gave GM confidence in Holden’s design studio and it entered a period of immense creative freedom and expression.

The confidence level was so high that management in both Detroit and Melbourne came up with the idea of Holden creating a potential BMW 3-Series competitor - a compact sporty sedan.

Thus the Torana was revived and unveiled to the world at the 2004 Sydney show to near universal praise. This was seemingly the right car at the right time - another strong addition to the Holden range to sit alongside the Commodore and Monaro.

In theory it was an ideal mid-size car for Australia, and a very different beast to the imported Vectra of the period that was a European-built front-wheel drive rival to the likes of the Ford Mondeo. The Torana was rear-wheel drive, powered by a 280kW twin-turbo V6 and had a bold, sporty appearance, just the kind of thing to lure buyers away from both the Mondeo and the 3-Series, Audi A4 and others. 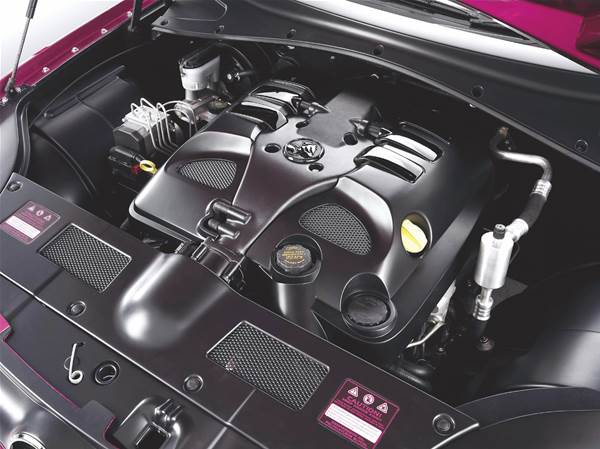 The Torana TT36 was powered by a unique 3.6-litre twin-turbo V6.

Crucially for the Australian market, Holden claimed the TT36 had a wheelbase of 2845mm, compared to 2788mm of the period Commodore VZ, which meant it had a large car interior inside a mid-size body. That would have been a big selling point to Australian audiences that value space for long journeys.

The stumbling block was, unsurprisingly, making the numbers add up to make it a profitable sales success, not just in Australia as a Holden Torana but in the US. The problem was the executives at GM didn’t see the value in a Chevrolet, or even Cadillac, badged version of the Torana, believing customers wouldn’t pay a price premium for what was ultimately a mid-size car.

How close did the Torana get to production? It’s hard to say with certainty, but clearly it was designed with production in mind.

Holden reportedly designed and built its own bespoke chassis for the concept, albeit one based on the existing ‘Kappa’ platform that underpinned the Pontiac Solstice.

The company had also allegedly begun plotting out an entire Torana range, all the way from a four-cylinder entry-level model all the way up past the twin-turbo V6 to a V8-powered hero.

Think of it? A re-born Torana SL/R 5000 packing a 6.0-litre V8 from the Commodore SS hitting the market to take on the likes of the BMW M3 and Mercedes-AMG C63 at the start of last decade. This would have had huge potential for the brand at a time when buyers were starting to tire of the full-size Commodore. 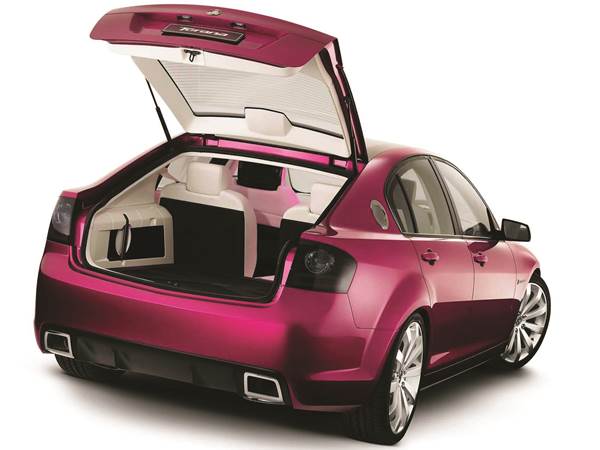 Holden developed a unique chassis for the Torana hatch concept.

While the Cruze performed admirably, it was never capable of achieving the same consistent heights as the Toyota Corolla and Mazda3 that dominated the small car sales charts.

A rear-wheel drive Torana, even in four-cylinder form, would have had more appeal, even at a higher cost than the Toyota and Mazda. If Holden could have managed to undercut its European rivals with local production, it might have become a staple of the line-up.

In this alternative history, the Torana might have even saved Holden, by underlining the company’s importance to GM globally as well as strengthening sales. Or at the very least extended its time by a few more years.

Sadly, we never got to find out and the Torana TT36 was just a one-off.