Wait, no, that’s not right, Holden never built a V8-powered Colorado did it? Well, actually it did, or more specifically Holden Special Vehicles (HSV) did during its final days.

The once top-secret project came to light late in 2021, when Walkinshaw Group (the parent company of what used to be HSV) revealed its one-of-a-kind creation and explained how close it came to a production reality.

With the demise of the locally-made Holden Commodore range that formed the foundation of its business since it began in 1988, HSV began looking for new models to work on within the wider General Motors portfolio.

Given the popularity of dual-cab utes, naturally HSV tried to make the Holden offering more exciting, creating the Colorado SportsCat by HSV. But the changes were primarily cosmetic and limited to some suspension tuning, with the turbo diesel engine remaining. 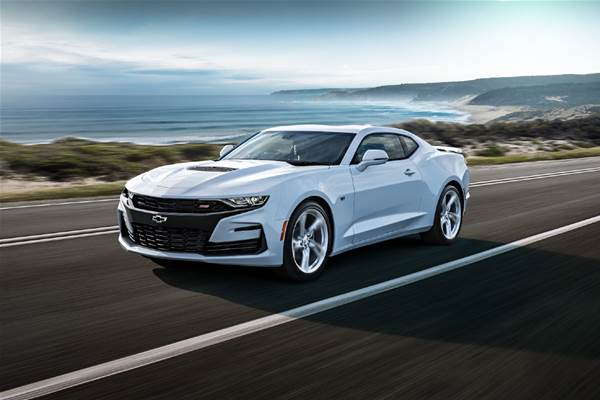 HSV became familiar with the Chevrolet Camaro by building them in right-hand drive.

It also led to the creation of its successful Chevrolet Silverado right-hand drive conversion program but also a short-lived attempt at selling the Chevrolet Camaro in Australia. HSV would start with a left-hand drive Camaro and perform major surgery, stripping it right back to parts before reassembling with the steering wheel on the correct side.

This gave the HSV engineers a detailed understanding of the Camaro powertrain, so when Ford started selling truckloads of its high-performance Ranger Raptor ute an idea for a V8-powered Colorado was born.

The HSV crew took the Colorado SportsCat and removed the 2.8-litre four-cylinder turbo diesel, replacing it with the Chevrolet ‘LT1’ 6.2-litre V8 from the Camaro. This pumped up the performance from the diesel’s modest 147kW/500Nm to a more serious 339kW/617Nm.

To handle all the extra grunt, HSV managed to source a six-speed automatic transmission from GM’s ‘other’ Colorado, a US-specific ute of the same name but unique design.

This one-off prototype was finished in Panorama Silver, the same colour as the very first HSV model, the ‘Walkinshaw’ VL Commodore SS Group A SV. 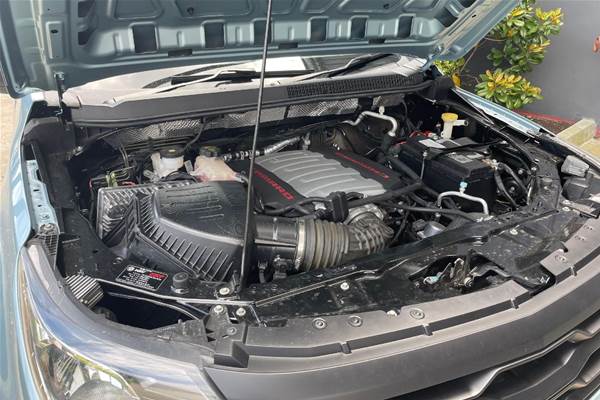 This wasn’t just a fun side project for HSV, the Colorado project was a serious endeavour with a plan to eventually put it into production. Talks had taken place at high levels, with HSV reaching out to GM headquarters in Detroit.

Unfortunately as this was happening GM’s management was finalising the sale of the Thai factory that manufactured the Australian-bound Colorado and shuttering Holden itself.

Which is why there was only one V8-powered Holden Colorado SportsCat by HSV ever built, with a build plate that reads ‘The last real HSV’ - underlining its historical significance. 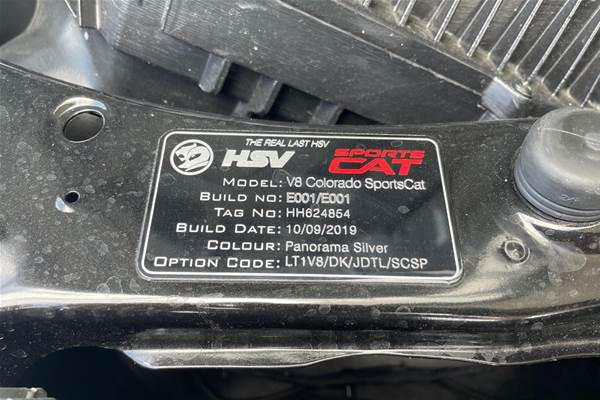 The Colorado has a special place in the history of HSV.

But what could have been? Would a V8-powered ute really be considered a muscle car?

It likely would have been popular, based on the continued strong sales of models like the Ford Ranger Raptor, Nissan Navara PRO-4X Warrior and Volkswagen Amarok W580 (a ‘GT-spec’ ute built by Walkinshaw Group, now free from its GM restrictions).

What none of those models have is a petrol V8 engine, so the Camaro-powered Colorado would have had a unique spot in a market that still clearly enjoys powerful cars.

Ford is getting ready to unleash its new generation Ranger Raptor and all indications point to it swapping its turbo diesel engine for a twin-turbo V6 petrol unit to bring more power and speed.

Would it have had the same impact on the Australian automotive psyche as the former Commodore v Falcon battles? Probably not. But it would have continued the conflict in a new and very different way. We can now only wonder what might have been in this potential new battleground for bragging rights between Australia’s two biggest automotive rivals.

In the end there was only one V8 Colorado made, and despite its historical significance it sold for $205,000. Relatively-speaking, that's a bargain in this current era of seven-figure sums for iconic Holden models.

HDT or HSV: What’s worth more?