A pair of rare Holdens went up for auction and both fetched big money - was it a good deal or did the buyers pay too much?

Last week we brought you the news that a 1968 Holden HK Monaro Bathurst Coupe in near-original condition was up for auction and expected to score big money.

It did not disappoint.

The Silver Mink Monaro went under the hammer and attracted a top bid of $330,000. This is in line with a similar sale in October 2020, demonstrating the on-going pandemic and other outside factors haven’t dampened the demand for special Holden models.

This particular example was in great condition, with matching chassis and engine numbers, mostly original paint and the interior it left the factory with. 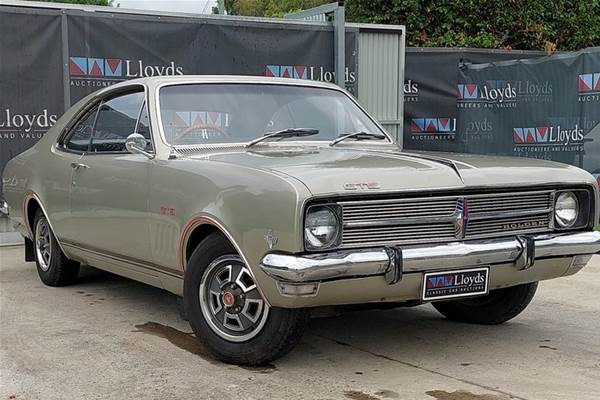 But it wasn’t the only special Holden that sold at the Lloyds Auction last weekend, a one-of-one Holden VK Commodore SL/E prototype was also up for sale.

This Holden prototype was one of only three built during the development of the VK Commodore and the other two were destroyed once testing with them was complete. This surviving car was kept in storage in rural Victoria until being recently discovered.

Given its historical significance the hand-built Commodore was unsurprisingly snapped up by a Holden collector for $108,000.

“This auction just proves that the value in classic cars is still going up and people are classifying them as an investment for the future and today the amount of sales would be one of our highest percentages selling under the hammer during the live auction,” Hames said.

“As we have seen in recent years, results consistently show that Australian classic vehicles that are in original condition, of limited build number, has a steel bumper, celebrity affiliation or significant provenance just continue to grow in value, and we have seen that here in today’s auction.”

Not all classic Holdens are selling though, the Ian ‘Pete’ Geoghegan Holden HJ Monaro GTS Sports Sedan we also reported on recently was passed it at auction.