The incoming Mustang GT California Special will be a limited edition that farewells the sixth-generation of the iconic muscle car.

A new-generation Ford Mustang will be revealed in the near-future and hit the roads and racetracks of Australia in 2023. But before that happens the blue oval has one more trick up its sleeve for the sixth-generation of the pony car - the Mustang GT California Special.

Due to arrive in local showrooms by the middle of the year, the California Special - of GT/CS for short - will be a special edition with a unique look and come equipped with the brand’s Line Lock function for easy burnouts at the drag strip.

As with the Mustang Mach 1 that arrived in 2021, the GT/CS is another throwback to the early days of the pony car. First released in 1968 the California Special was, you guessed it, a unique model for the Californian market. Eventually it spread to other states but the name stuck. 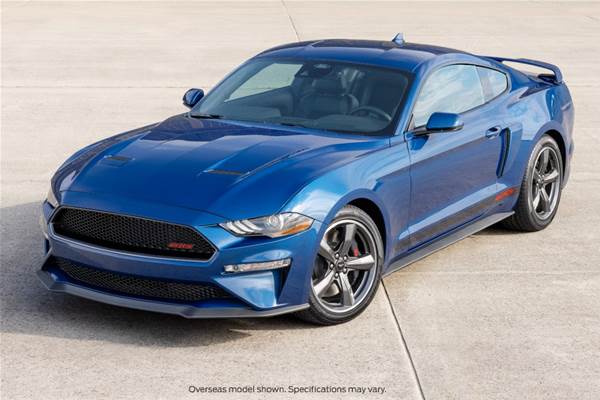 The GT/CS will be the final limited edition for the sixth-gen Mustang.

This is the first time the GT/CS has been offered in Australia, as the sixth-gen model is the first designed for global markets.

The unique styling elements for the GT/CS include a blacked-out grille, lower body side accent stripe and rear wheel arch scoops. It’s not just for looks either, there’s also a larger front splitter, which is from the GT Performance Package. A rear wing is also standard on the coupe, but is not offered on the convertible.

It rides on 19-inch alloy wheels with a unique five-spoke design and painted machine finish.

Inside the GT/CS adds black suede door trim inserts and suede-trimmed seats with contrasting red stitching and the ‘GT/CS’ logo embossed onto the seat backs. The main dashboard panel is finished in ‘carbon hex aluminium’ and has a ‘California Special’ badge on the passenger side, to remind you you’ve got a rare model. 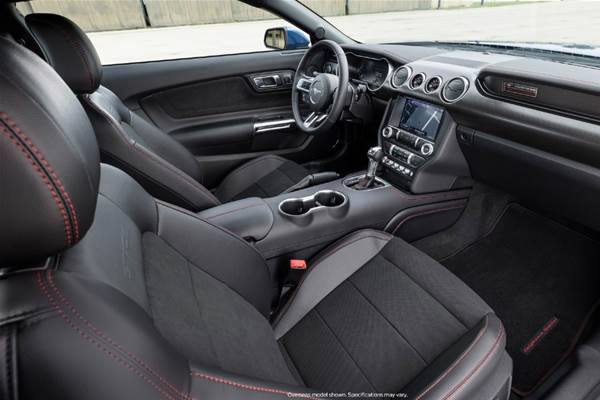 The Mustang GT/CS gets some unique elements inside the cabin.

The California Special will also come equipped with an updated Track Apps system that enables Line Lock, which locks the front brakes to allow the rear tyres to spin and generate extra heat when drag racing. This was previously unavailable on Australian models but will be standard across the 2022 Mustang line-up.

Powered exclusively by a 5.0-litre V8, pricing for the Mustang GT California Special begins at $67,290 for the manual coupe, $70,290 for the automatic coupe and $77,990 for the convertible; which is only available with the 10-speed automatic.