Holden and I: Now available on Australian MUSCLE CAR Premium

Holden and I Australian Muscle Car Special Edition Brock, Bond, the Glory Years In the illustrious history of Holden in motorsport, there is no more important figure than Harry Firth. 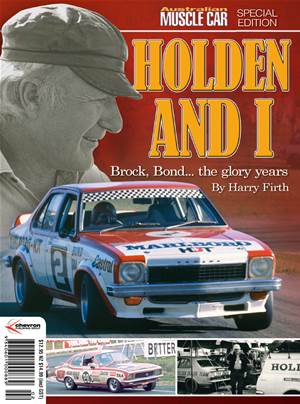 Firth was the man who masterminded Holden's first proper factory racing effort in 1969 and after the new Holden Dealer Team's immediate success in that year's Bathurst 500 Firth would guide the company's competition fortunes through the following eight years.

Along the way the wily Firth developed specially modified Bathurst specials' for Holden such as the HT Monaro GTS 350, the six-cylinder Torana GTR XU-1 and the V8 L34 and A9X versions four of the most famous and sought-after performance Holdens of all time. Not only that, but it was Firth in 1969 who uncovered and then fostered a young kid from country Victoria who would go on to be known as King of the Mountain', Peter Brock.

Joining is easy, simply click the link at the top of this webpage and from as little as $6.99 per month you can have access to some of the best content on the web - that you won’t find anywhere else.

So, what are you waiting for? Check out ‘Ford and I’ plus all the other exclusive Premium content today.