When Gold Coast-based GC Restoration was looking for a shop runabout the team had an unusual idea to promote its work at the same time - doing half the job.

The numberplate says ‘2 Face’ but around the GC Restorations workshop everyone calls this Holden HZ Sandman ute Harvey. As in Harvey ‘Two Face’ Dent the famous Batman nemesis, and it’s an appropriate nickname for a car with two very distinctive sides. 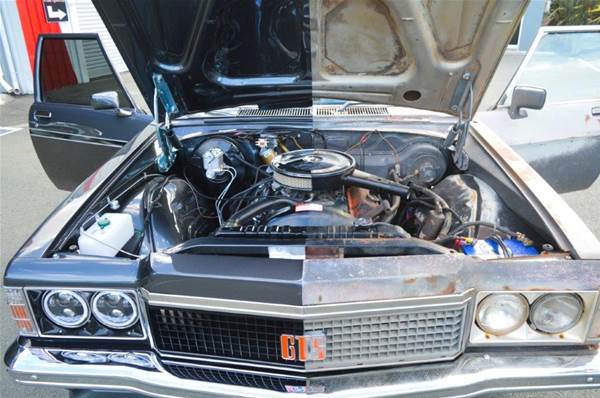 Exactly half a restoration job was done - even under the bonnet.

GC Restorations boss Geoff Luck wanted something special for the work vehicle, something that could promote the business at the same time. So what better way to demonstrate just how capable his team is than by restoring only half of this HZ ute.

Having secured a suitable donor vehicle after years of thinking about it, Geoff and his team drew a line down the centre of the Sandman and got to work doing what they do best - but only on the driver’s side. 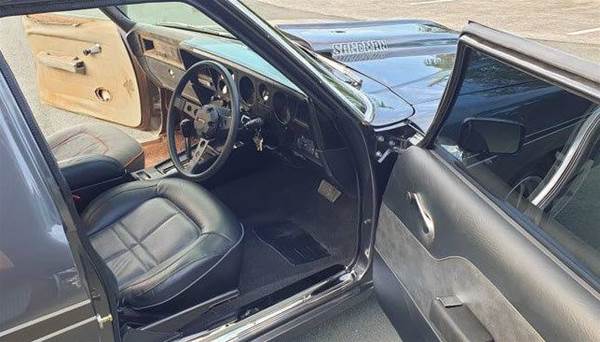 There's even dirt on the passenger side floor, while the driver's side is pristine.

Harvey was split in half and the restoration was done only to the driver’s side, but nothing was missed, including under the bonnet, the interior and even the tonneau cover. It was an extensive restoration project with the ‘good side’ taken back to bare metal before being rebuilt to be as good as new.

As for the ‘bad side’ that remains as it was when the car was salvaged from a property near Mt Isa after years of neglect. Even the red dirt from the Queensland outback still covers the passenger side floor.