A new factory will be built in Australia to produce synthetic fuel which could put the brakes on an electric-only future for the car industry.

Australia will be the home of a new multi-million dollar facility to generate carbon neutral synthetic fuel, which has the potential to replace petrol in any car - thus providing an alternative to switching to electric power.

HIF Global - a multinational conglomerate that includes Porsche, ExxonMobil and Siemens Energy - announced recently that it’s committed to building a new synthetic fuel factory in Australia, as well as the USA, in addition to the prototype plant - Haru Oni - that it has built in Chile.

This so-called ‘eFuel’ is reportedly able to power any existing petrol-powered car without any modifications, and because it is carbon neutral it should future-proof muscle cars against any would-be legislation to try and get petrol-powered cars off the road and replace them with electric vehicles. 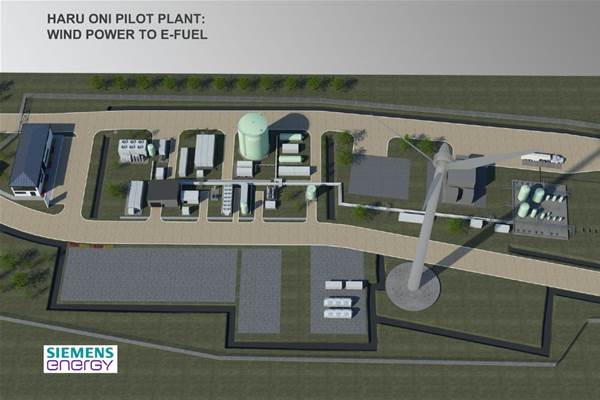 The Haru Oni plant in Chile is about to begin producing eFuels.

The Haru Oni factory has finished construction in Chile and will use a wind farm to extract hydrogen from water, then combine this hydrogen with carbon dioxide which has been captured from the atmosphere. The facility then uses a proprietary technology to convert this combination into a variety of liquid fuels, including petrol and diesel replacements.

The Australian factory will do the same, increasing the supply of eFuels at a time when they are expected to become a more mainstream alternative to traditional liquid fuel. Formula One is reportedly set to switch to eFuels under its 2026 regulations.

This would line up with the Australian facility coming online, with construction expected to begin in 2024 and be finished by 2026. A location for the new plant hasn’t been announced, with sites in Queensland, Victoria and Tasmania all under consideration.

With expansion to three plants around the world HIF Global is aiming to be able to produce enough eFuel to supply the automotive, trucking and aviation industries by the end of the decade.

Meg Gentle, Executive Director of HIF Global, said the investment from Porsche, ExxonMobil and others will allow for a cleaner future that still includes the internal combustion engine.

“Produced from green hydrogen and recycled CO2, eFuels provide a real decarbonization solution for cars, ships, and planes that are in use today without any modification to existing engines,” Gentle explained. “Expanding on the success of our pioneering Haru Oni project in Magallanes, Chile, we expect to begin construction of HIF’s first commercial scale eFuels plant in the United States in 2023, followed quickly by similar facilities in Chile and Australia in 2024. Together with our strong partners, EIG, Porsche, and Baker Hughes, we will transition to a cleaner earth.”