Is this Peter Brock Holden Commodore worth $1.5m?

It’s a genuine Brock-owned car but that may not be enough to make it a record-breaker.

Holden prices has sky-rocketed since the demise of the lion brand, but is a 2002 VX Commodore S worth $1.5 million?

That’s what one owner in Melbourne is hoping, thanks to the car’s famous first owner - Peter Brock. The Hyper Yellow finished model was reportedly Brock’s personal car for several years before his son, Robert, drove it prior to it going to its current owner.

The car has covered more than 200,000km and isn’t the sportier, V8-powered SS, but is instead powered by the standard 3.8-litre V6 engine and comes with a five-speed manual. 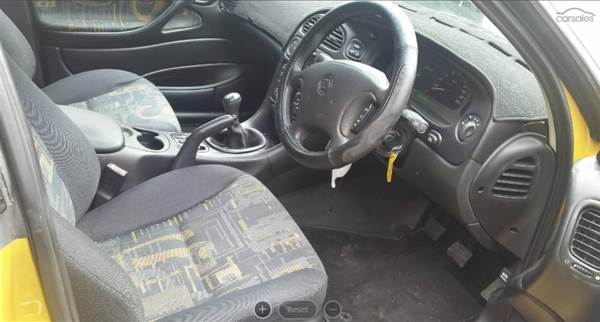 The advertiser is hoping to attract more money for his ‘02 VX Commodore than Brock’s personal ‘Blue Meanie’ fetched. The VK Commodore Group A SS sold for $1,057,509 in May of 2021.

Based on the images on the classified ad the owner has added plaques commemorating Brock’s nine Bathurst victories onto the engine cover. But that’s unlikely to be enough to get this relatively modest Commodore to set a new record price.

Given the car has been on the market for more than a month, it seems the owner will either need to be very patient or adjust their expectations…

Check out the Carsales listing here.