The true cost of driving quick 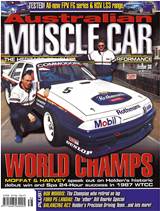 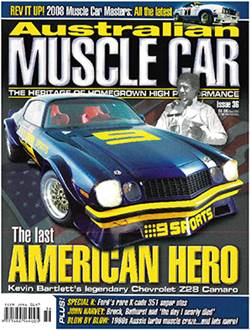 As featured on the cover of AMC Issue 36, muscle car legend Kevin Bartlett has had some pretty interesting jobs in his time, even before he was hired by Kerry Packer to drive the Nine Sports Camaro.

In the late 1960s he took part in a comparison road test with motoring writer Pedr Davis. “A growing number of ‘muscle cars’, greater traffic, a higher proportion of teenage drivers, far more power for the family car – this is the challenging motoring scene for the 1970’s,” writes Davis in his book ‘Drive and Stay Alive’ (published by Angus and Robertson).

To demonstrate this, he devised an experiment which would show the high cost of driving badly. Ford Australia supplied two identically-prepared XT Falcon 500s for the test, with Goodyear fitting brand new tyres to both cars.

Davis, in Falcon No. 2, played the part of the average cautious driver, keeping up with the flow of traffic but no more. Bartlett, in Falcon No.1, got to play the ‘hoon’. His brief was to stick within the speed limits but to overtake whenever he could, change lanes to gain an advantage, accelerate and brake as hard as possible and take corners on the limit.

The cars were driven over a 380km route from Sydney north to Maitland, across to Newcastle then back to Sydney via the ‘new’ expressway. Speed, mileage, petrol consumption, brake pad and tyre wear were recorded and an observer in each car noted the number of times each driver passed another car on the road or was overtaken. 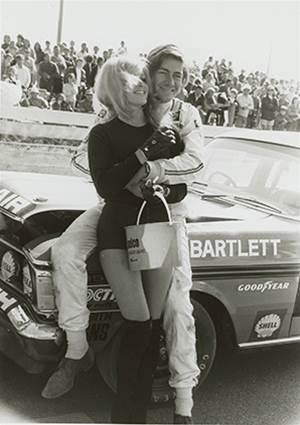 The results were fascinating. Despite Bartlett’s aggressive style, the two cars were still in visual range when they reached Hornsby on the northern outskirts of Sydney heading north. Kevin pulled ahead once they hit the open road to Maitland and arrived back in Sydney 40 minutes before Davis - an average of 10 percent faster over the entire journey.

However, in doing so KB used 15 percent more fuel, caused 21 percent more brake pad wear and had a massive 86 percent more tyre wear than Davis. True to form, when KB was asked to do something, he always did it to the best of his ability!

But the most interesting results were the overtaking statistics. Over the five-and-a-half-hour journey, Kevin Bartlett passed a total of 122 vehicles - pretty much as expected. What’s surprising, though, is that 12 drivers managed to pass him!

Paradise Lost: The history of the Surfers Paradise 12hrs