He raced Fords of every variety, but which ones were his best looking? We've made our selection.

They also became iconic in Australian motor racing, in large part because he was successful in most of them too. 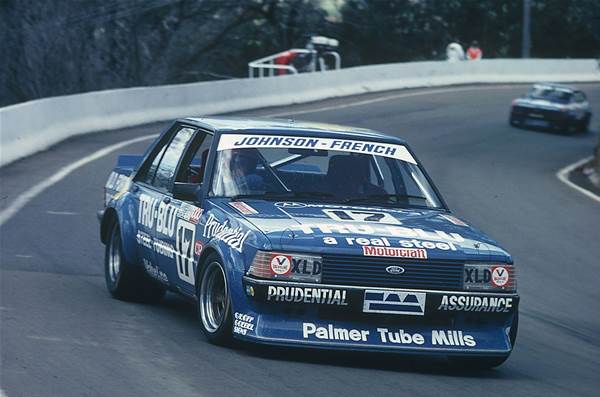 Johnson's first Bathurst lows and highs came in this look.

It’s not the most creative or complex livery, but it’s so memorable that for many people when they close their eyes it’s the Tru-Blu Falcon they think of. Unfortunately, for many people they also probably picture the same blue Ford in the 1980 Hardie-Ferodo 1000 crashing into a rock and out of the race.

But it’s the subtly different ‘81 version that begins our list. The simple combination of the blue paint with predominantly white sign writing except for the bursts of yellow on the Queensland logos on the rear flanks and roof just looked so good. 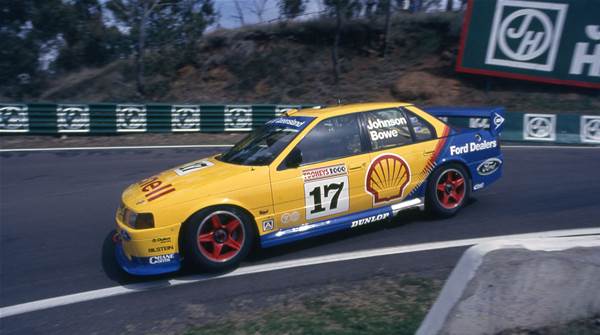 The new V8 era brought a new yellow look to Johnson and his team.

The introduction of the new V8 formula gave Johnson and his team a chance for a fresh start.

The red of the Sierra era in the late 1980s and early ‘90s gave way to a bold new yellow and blue paint scheme that really stood out on the track.

The EB Falcon wasn’t the most aerodynamic-looking machine, but Johnson and his team made it look like it was going 300km/h standing still. The bright yellow makes up the majority of the livery but at the end of the rear doors a flash of red gave way to a brilliant, bright blue rear end. The look was completed by the dark red wheels that worked to highlight the red Shell signage. 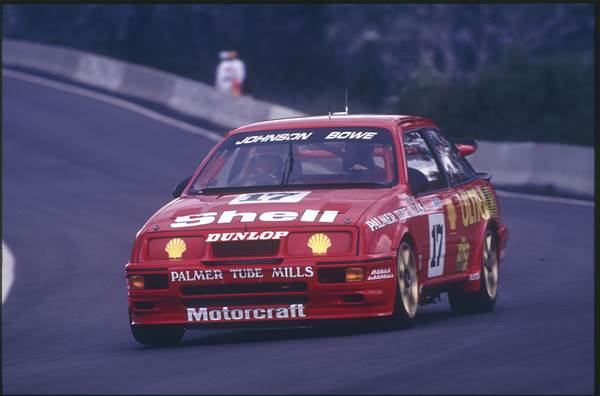 Shell stepped in to sponsor Johnson when the Group A era took off.

The Group A era was good for Johnson - at least once the muscular, turbocharged Ford Sierra Cosworth replaced the underwhelming Fox Body Mustang. It helped that Dick Johnson Racing secured a lucrative new sponsorship from Shell which introduced an all-new look for Queensland’s favourite son.

While the Sierra stayed in largely the same livery from ‘87 until ‘92, our pick is the version Johnson ran in ‘90. The combination of deep shell red with yellow signage and highlights as well as the multi-spoke gold wheels made for a clean, professional look. 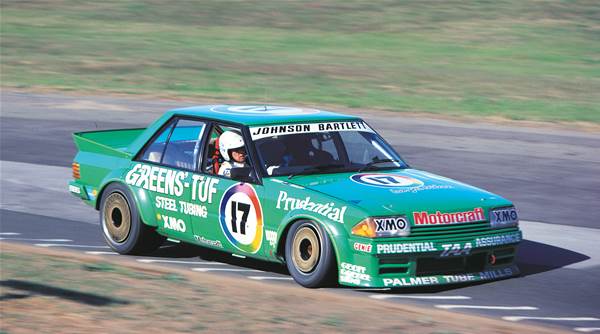 The combination of the bright green paintwork with golden race wheels makes for an unforgettable look. Greens-Tuff Steel Tubing took over from Tru-Blu as Johnson’s sponsor for the ‘83 season and helped continue his rise and rise through the sport at that time.

The combination of the vibrant green, white signwriting and the burst of colour from the Channel Seven logo around the famous #17 makes for an unforgettable look.

For ‘84 the Seven sponsorship disappeared leaving a cleaner look and in this paint scheme he added the ‘84 Australian Touring Car Championship to his ‘81 and ‘82 crowns on his way to five titles. Unfortunately the ‘83 version is infamous for its crash into the trees at Bathurst. 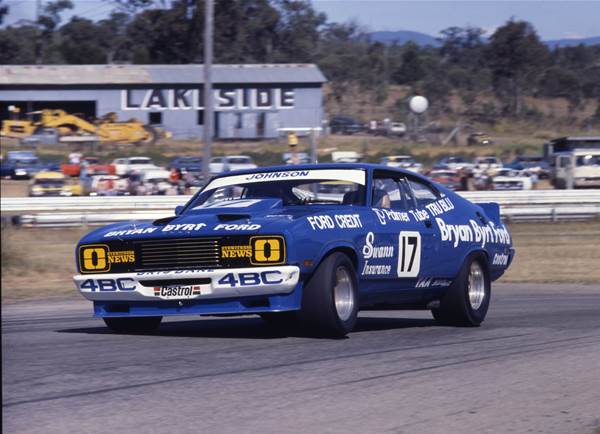 The Tru-Blu XC Falcon is a memorable look for Johnson.

Maybe it’s the shape of the Falcon Hardtop but there’s just something special about the look of DJ’s ‘79 ride that earns it top spot on our list. Obviously the overall look is very similar to the later XD Falcon we’ve already mentioned on this list, but the extra splash of white on the bumper really sets off the blue and ties together the look of the car. The look is completed by the gold racing wheels that are perfect for the shape of the car and the era that it races in.

What do you think - did we make the right call? Tell us your thoughts and your favourite Dick Johnson livery on Facebook and Instagram.