Al Turner passed away on November 3 at age 89 in Florida, USA. The American played a major role in the blue oval’s racing legacy in Australia but did much, much more.

It’s hard to overstate the impact that Al Turner had on Australian motor racing. While he was only here for a few short years, he laid the foundations for Ford’s success both on and off the racetrack for decades.

‘Big Al’, as he is affectionately known, was the type of car company executive that is in short supply these days - someone with hard-earned experience of racing on dirty tracks during his army days, and with a passion for making exciting, powerful and, above all, successful cars.

He arrived here in 1968 and was charged with reviving Ford’s image in Australia, adding more appeal to the line-up with new muscle cars and victories on track. He took control of the racing department from Harry Firth, bringing the whole operation in-house and establishing the now famous ‘Lot 6’ in Thomastown, not far from Ford Australia HQ in Broadmeadows. 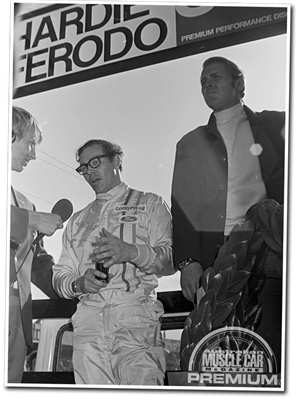 Al Turner (right) helped Allan Moffat achieve much of his success in the early 1970s.

It was here that Ford’s Special Vehicles Operations would begin creating what would arguably become Australia’s most iconic muscle cars - the GT-HO Falcon.

“The Lot 6 deal didn’t exist when I arrived,” Turner told AMC issue #100. “There was nothing. What we had when I arrived was that Harry Firth was doing all the work for Ford in his shop. I made the decision to bring it inside, into our own shop, where I could control everything.”

Using the knowledge he had gained during his time creating the first Funny Car and developing Mercury’s NASCARs, Turner and his Lot 6 team installed the 351 Windsor V8 into the XW Falcon GT, complete with high-lift cam and 650cfm Holley and aluminium manifold, added front and rear spoilers, a rear roll-bar and three-inch tailshaft - the GT-HO was born.

While tyre trouble denied it victory in the ‘69 Bathurst 500, Turner and his crew kept working and in ‘70 introduced the GT-HO Phase II, which was now powered by a 351 Cleveland V8. Allan Moffat used it to win his first Great Race, with Bruce McPhee coming second for a Bathurst 500 one-two finish.

This was a golden period for Ford in Australia, particularly in motor racing, and a large part of that was thanks to Turner’s leadership. He didn’t just lead his team, he was part of it and demonstrated he was willing to get his hands dirty when required.

“One night our engine guy was off and they needed an engine built so I went in and assembled the whole engine,” he recalled in issue #100. “I’d roll up my sleeves and work with the guys. I’d be down at the shop every night talking with them. I grew up as a mechanic. It was in my blood.” 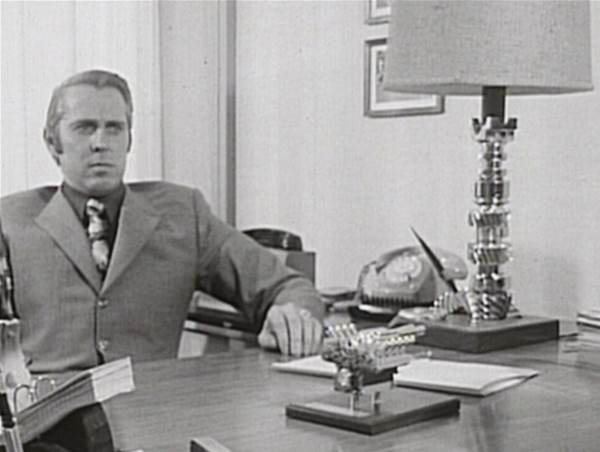 Turner only spent five years in Australia but left a huge legacy.

After overseeing the development of the legendary GT-HO Phase III and the Improved Production ‘Super Falcons’ for Moffat and Ian Geoghegan, Turner was reassigned for Ford in 1974. He spent nearly four years in Europe before heading back to the US where he eventually started up Special Vehicle Operations in the ‘80s and oversaw the blue oval’s racing programs.

He left Ford in 1983 and joined Chrysler, but a piece of Turner always remained in Australia. He helped establish the Ford GT-HO Lot 6 Foundation, to try and advance the careers of young Australian engineers and he kept tabs on the local muscle car and racing scene until the end of his life.

In recent years Turner kept busy with an involvement in the design and development of an experimental zero-emission power unit.

For a deeper appreciation of Turner’s remarkable career, make sure you check out the in-depth interview we had with Al for AMC issue #100. He talks about his life and provides some fascinating insight into the early days of muscle car and racing development at the Ford Motor Company.

Everyone at AMC passes on our condolences to Al’s family. He is survived by his wife Susan, seven children, 15 grandchildren and one great-grandchild.