News
Camaro and Mustang represent both the past and the future. Meanwhile, thecurtain comes down on HSV’s Commodore-based production era.

Muscle Mail
Our readers drop us a line with their thoughts on our Coulda, Woulda,Shoulda edition, V8 Chrysler Centuras and many other things besides.

Supercar 1: GTS Coupe
To mark our landmark 100th issue we name the top six most desirable andsignificant modern muscle cars. We start with the ultimate Monaro.

Supercar 2: FPV Cobra
The BF Cobra is a significant model because of what it stands for – amodern Ford with a direct link to the Blue Oval’s glorious past.

Supercar 3: HSV W427
The W427 was the trail-blazer, setting the template at HSV for an all-outengineering exercise a whole decade before the GTSR W1.

Supercar 4: FPV F6
The hot-six is an Australian muscle cornerstone thanks to the XU-1 andCharger. But it was FPV that produced the ultimate Aussie six.

Supercar 5: GT-F
The last ever Falcon GT was a natural choice for the front row of thisissue’s cover – and for inclusion in this feature.

Supercar 6: GTSR W1
On performance alone the GTSR W1 leaves its mark on the Australianmuscle landscape, but being the last of the line seals its desirability.

Recollections
Founding editor Mark Oastler takes us back in time to Oran Park in late2001 and the thinking behind that stunning six-car cover.

Where are they now?
We look back at other major features in the first issue of AMC to see howthings have panned out for that edition’s cars and stars.

Muscle Man: Beechey
It’s 45 years since Norm Beechey took an axe and guillotined his racinghelmet, an act that signified the end of his racing career and the start of hislife as a racing recluse. In an exclusive befitting this landmark issue, Beecheyhas granted us the most comprehensive and insightful interview ever.

Interview: Al Turner
No individual contributed more to Australia’s heritage of homegrown highperformance than Al Turner. Therefore, there was no more appropriateperson to track down and interview for issue #100 than the father of theFalcon GT-HO.

Issue Guide
A listing of every major story featured in this magazine since its inception. Ashot of every cover from #1 to #100, too.

Best of Out of Action
The most amazing photos to have appeared in our Out of Action sectionsince its inception.

Whaddayaknow?
What started life 16 years ago as MIA morphed into Whaddayaknow. Wereview the best finds (stamped as ‘FOUND’) and worst losses (branded‘RIP’). 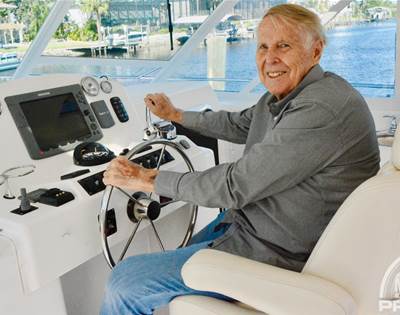 Al Turner - Still at the helm