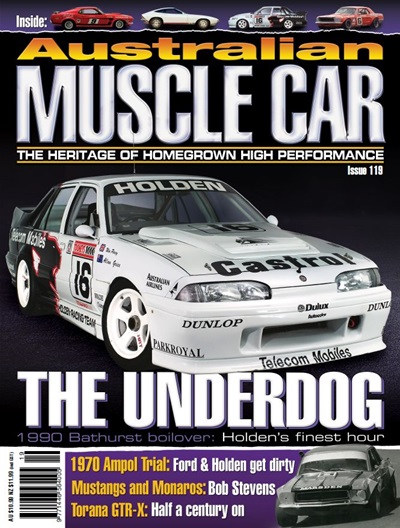 Lang Lang gets sold, McLaughlin gets a third Supercars title

Dick’s brushes with the law, and how to get a drive at Bathurst without really trying

Half a century after the futuristic couple was canned by Holden beancounters, the GTR-X’s interior stylist Paul Beranger refl ects on the job of a lifetime

Keys to the Stang

When Allan Moffat needed a capable race ace to sub in his Boss Mustang while Moffat himself took to the track in the Super Falcon, Kevin Bartlett was the obvious man for the job

The Sports Sedan ace who raced star cars like the ex-Jane Mustang and Geoghegan Monaro, as well as preparing and driving a host of Bathurst muscle, including Ron Dickson’s Camaros

With the new S5000 openwheeler category soon to race at Bathurst, AMC looks back half a century to the last time the Mountain echoed to the sound of 5.0-litre V8 openwheelers