Muscle News
Paul Gover asks HSV head honcho Phil Harding to dissect the GTS’s stunning sales success. He also reports on the latest from the blue corner. Suggested song to ‘play in your head’ while reading this section: ‘Here is the News’ by Electric Light Orchestra.

GTO-triggered arms race
The Pontiac GTO’s reveal 50 years ago triggered the start of the muscle car era in America. As Ben Stewart outlines, it also set the ball rolling in Australia on our own uniquely-flavoured automotive arms race. Theme song: ‘Little GTO’ by Ronny and the Daytonas.

The Golden Child
Last issue we featured a chassis that twice won the Bathurst 1000. This issue Aaron Noonan takes a look at the only other car with the same claim to fame. Theme song: the soundtrack to Eddie Murphy’s 1986 film The Golden Child.

Muscle Man
Vern Schuppan is a member of Aussie motor racing’s elite, with success at Le Mans and a top three finish in the Indy 500. He’s also driven, as Paul Newby writes, for the three biggest names at Bathurst: Moffat, Johnson and Brock. Theme song: any track from Powderfinger’s Internationalist album.

Algie Bros in racing
Orphaned twin boys growing up in an out-of-town institution develop a taste for hot rods; sounds like the script for a 1950s B-movie that ends in disaster, doesn’t it? There’s nothing ‘B’ about Dave Cooks’ AA yarn. Theme song: anything from the Twin Peaks soundtrack.

Out of Action
Readers again send us some sad pics that make us tear-up. Theme song: Green Day’s ‘Boulevard of Broken Dreams’.

MIA
Trivia question: How many 3-series Sports Sedans were raced by the iconic JPS Team BMW? See MIA as we seek info on their whereabouts. Theme song: U2’s ‘I Still Haven’t Found What I’m Looking For’. 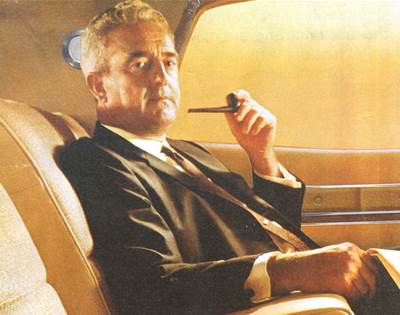 Is this Holden's biggest dud?