Muscle News
Paul Gover reports on the latest from Clayton, Port Melbourne, Broadmeadows and, erm, Gothenburg, Sweden. Suggested song to play in your head while reading this section: ‘SOS’ by ABBA.

Columns
Fred Gibson recalls one of the great characters from the privateer ranks. Meanwhile, the philandering Phil Anders signs off as an AMC columnist by questioning whether Allan Moffat's Brut 33 Falcon actually went to the US in 1974. Theme song: John Denver’s ‘Leaving on a Jet Plane’.

Wild Horses GT-HO Phase III
The fact the Baldwin Ford team got to Bathurst in 1971 with its Falcon GT-HO Phase III, after hitting a horse pre-race, is something of a minor miracle. Two nasty road crashes <before> getting to the 1971 Hardie-Ferodo 500 left the dealership's thoroughbred at long odds for racetrack success and survival today. Theme song: Daryl Braithwaite's 'The Horses'.

HDT VK SS and SS Group 3
The first VK Commodore models offered by HDT Special Vehicles celebrate their 30th birthday in 2014. They might live today in the shadow of the later ‘Blue Meanie’, but they hold a significant place in Holden’s muscle car heritage in their own right. Theme song: David Bowie's '1984'.

Bill Tuckey
Bill Tuckey has been called Australia’s greatest motoring writer, but that label doesn’t begin to cover all of his achievements. Theme song: ‘Wheels' by Foo Fighters.

Phillip Island Classic report
Historic racing in Australia is a bit like NASCAR – the season starts with the year's biggest event. AMC checked out the quirky, quick and quaking at the 2014 PIC. Theme song: Richard Clapton's 'I am an Island'.

R-Rated
AMC's new section for mature, open-minded readers only. Contains strong thought-provoking content and debunks myths. No nudity. Address the age-old question: How much power does it put out? Theme song: John Lennon's 'Power to the People'.

Police survivor
Restoration of historic police vehicles is something of a trend today. However, here’s a survivor that’s still in original condition 38 years after pulling off the highway. Theme song: anything by The Police.

Muscle Man
Clem Smith is a living treasure of South Australian motorsport. This is the story of an understated bloke and his incredibly diverse racing career. Theme song: ‘Forever Now' by Cold Chisel (ageless and from Adelaide)

Cars that won Bathurst
Volvos are cool again. The pair of Super Touring Bathurst 1000 winning cars (a Volvo and a BMW) form an important part of Mount Panorama history and packed plenty of punch from their two-litre engines. Theme song: ABBA’s ‘The Winner Takes It All’.

Sacred Sites
The second in our series on racetracks which hosted some of the greatest muscle car stoushes. We check out what remains of Surfers Paradise International Raceway. Theme song: ‘Don’t Tear It Down’ by Spy vs Spy.

MIA FOUND
The VH Pacer road car that drove onto the racetrack at Oran Park's 1971 ATCC round has, incredibly, resurfaced. Theme song: Survivor's ‘Eye of the Tiger’. 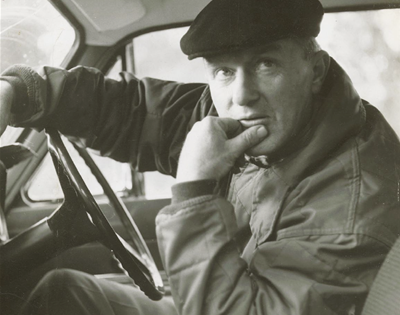 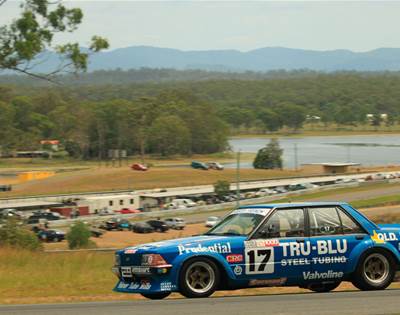