Once an Aussie Muscle Car hero brand with its Valiant Charger, Chrysler will leave Australia after a steady sales decline for its V8-powered 300 SRT.

Chrysler is the latest brand to leave the Australian market, 57 years after it set-up shop in Adelaide and went on to build one of this country’s most iconic muscle cars.

The Valiant Charger became a 1970s icon on both the road and the racetrack, competing head-to-head for the Ford Falcon and Holden Torana. It was powered by the HEMI six-cylinder engine, which was built exclusively for Australia and was one of the most powerful sixes ever built here.

While Chrysler tried to maintain a connection to that muscle car past with the HEMI V8-powered 300 SRT, sales of large sedans have been in steady decline for more than a decade. Ultimately the 300 was Chrysler’s only model in Australia, selling less than 300 examples for the past two years. Given Australia was the only right-hand drive market for the ageing car, the writing was on the wall in an era of cost containment.

“Chrysler has held a special place in the heart of  many Australians and we are proud of its history here,” said Kevin Flynn, FCA Australia Managing Director. 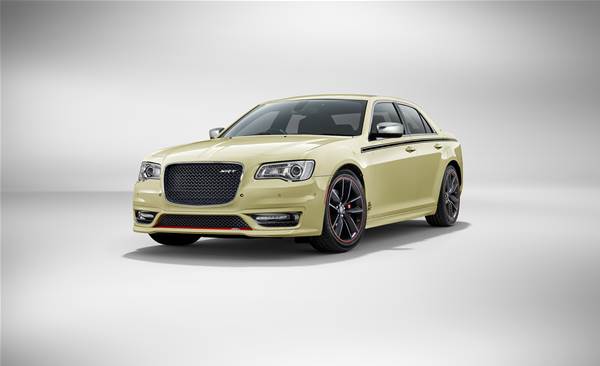 It wasn’t just the Charger that the company built at its Tonsley Park factory in suburban Adelaide. From 1962 it locally assembled the Plymouth Valiant that was sold locally as the Valiant by Chrysler.

The Charger is by far it’s most famous and successful model, and was produced between 1971 and ‘78. During that time it became a fixture on local racetracks, notably with Leo Geoghegan helping to develop the factory-backed VH Charger from 1971.

Doug Chivas won its first race - the Toby Lee 100 at Oran Park and went on to finish third in the 1972 Hardie-Ferodo 500 in a VH Charger he shared with Damon Beck; beaten by Peter Brock in his Holden Torana GTR XU-1 and John French in his Ford Falcon GT-HO Phase III.

By this time Japanese car maker, Mitsubishi Motors, had bought a 15 per cent stake in Chrysler’s Australian operations. By 1981 Mitsubsihi had taken control of the company completely and discontinued the Chrysler brand.

The Chrysler name returned in 1994 but never regained the status it had in its earlier days, largely due to its underwhelming products which included the Neon, Crossfire and PT Cruiser. The 300 was the lone bright spot but with less buyers interested in V8-powered sedans Chrysler carried on as long as it could.

Now part of the Stellantis conglomerate (that includes Dodge, Alfa Romeo, Maserati, Peugeot and Opel, among others), Chrysler is facing an electric future. The company will begin rolling out electric models by the middle of the decade, including a Chrysler-badged sedan and a Dodge ‘electric muscle car’ which will replace the brand’s famous ‘Hellcat’ supercharged V8.