The Australian muscle car landscape is dominated by V8s and the occasional big six, but one man had a plan to turbocharge the market.

In AMC issue #58 we celebrated the launch of the Valiant Charger and it certainly made us realise what a brilliant concept this car was. It appears that noted automotive designer Peter Arcadipane, better known for his work on Fords, was also a fan of Chrysler’s Australian muscle car.

He claimed that few people at the time appreciated just how good a car the Charger was. “This unfortunately included some of the hierarchy at Chrysler as well,” he added.

For the November 1977 edition of Motor Manual he did an update on the basic Charger design which he predicted would help it survive well into the 1980s. The key improvement was the addition of a turbocharger to the Hemi six. He called his new design ‘The Turbo Charger’.

Turbos were still uncharted territory in Australia at the time but, as previously revealed here, GM-H were already testing the new technology in secret – on a 202 Kingswood no less. Radical or not, Arcadipane thought this was the obvious way for Chrysler to go. He reckoned that the Charger had an advantage in that it already had a great engine and excellent automatics. 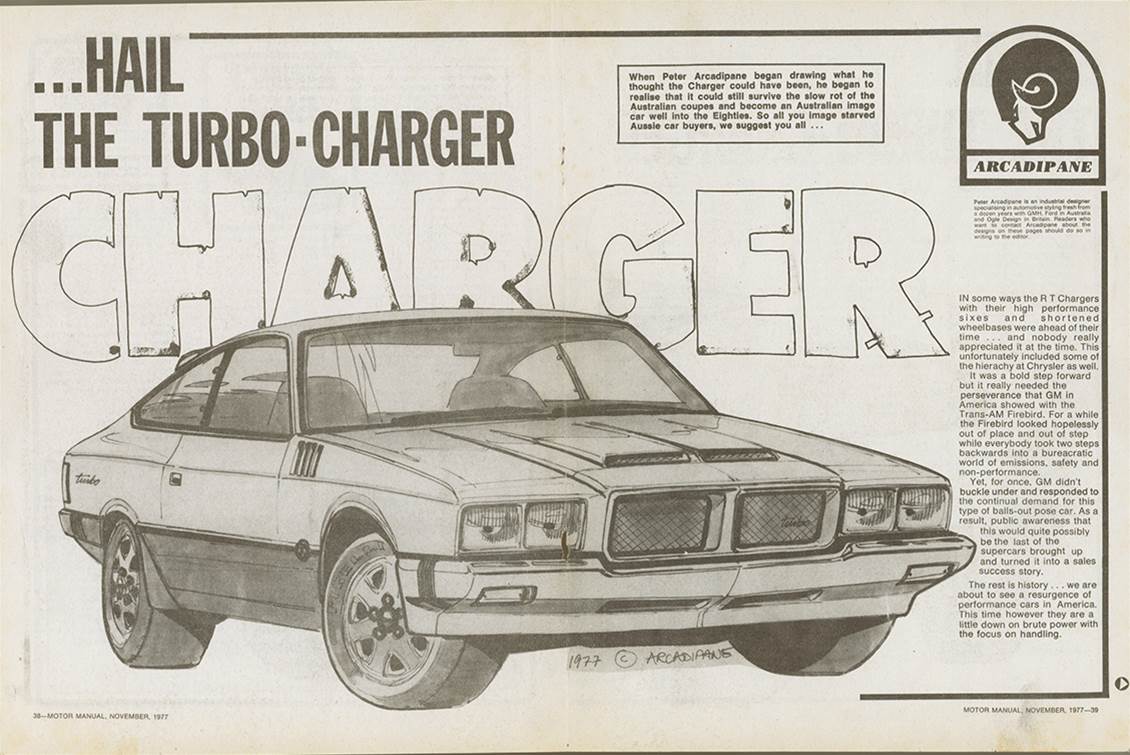 Other improvements were more subtle, including a lower, sleeker front profile, some fresh-air scoops and four square headlights. He retained the existing Charger grille because he liked it.

The rear body panels were cleaned up and included more glass and a less dominant B pillar. He opted for a rear window liftgate that could be opened for access. And instead of the trademark Charger duck-tail he went for a roof spoiler inspired by the Ferrari Boxer.

A set of larger mag wheels would be fitted with the latest Pirelli P7 tyres and, if mated to Bilstein or Koni shockers, he suggested these alone would improve stability and cornering speeds. 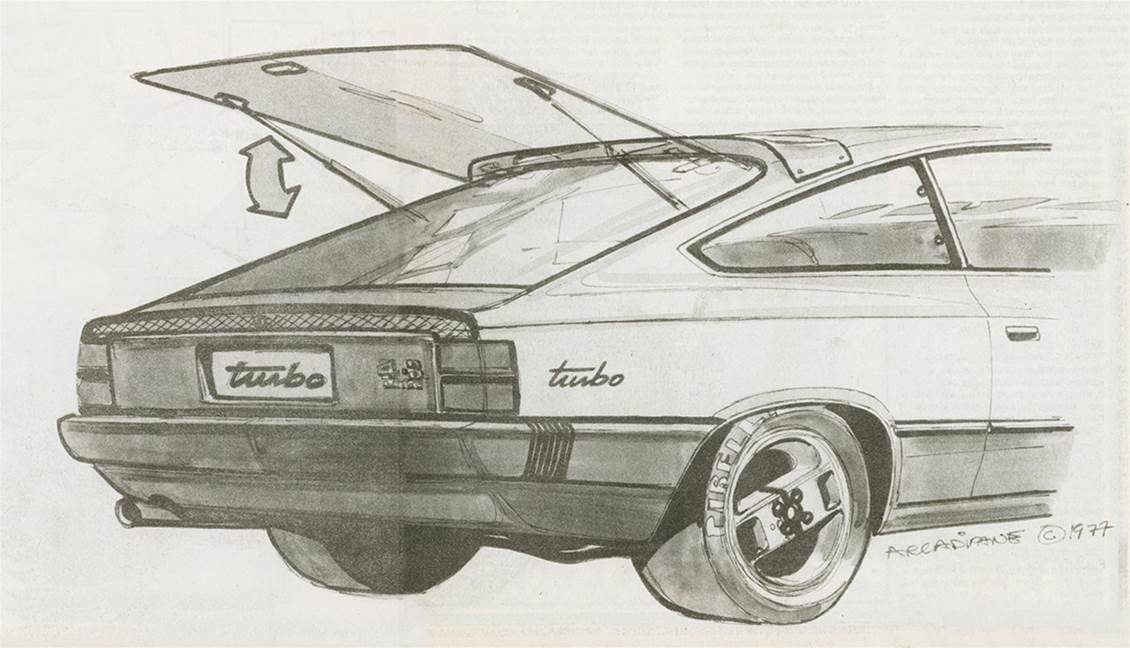 “Okay Chrysler,” he wrote, “the next move is yours.”

Peter Arcadipane was realistic enough to accept that in the real world no major manufacturer would dare modify a car in this way but suggested that at least some of the ideas could be utilised.

Would management be prepared to take the risk?

“If only Chrysler Australia had adopted the attitude that they had a winner and kept promoting the car,” he wrote, “it could have created a legend that lived through the transition to the European trend prevailing today.”

Instead, as we now know, they simply gave up.