Do you want to own a piece of Australian motor racing history? Well now is your chance, with the famous Holden HJ Monaro GTS Sports Sedan up for sale at the upcoming Burns & Co auction on February 6.

Anyone who read Australian MUSCLE CAR Issue #127 will be familiar with this unique beast, which was driven by Ian ‘Pete’ Geoghegan and looks resplendent in its Craven Mild livery. As we outlined in the magazine, the car has been painstakingly restored over the last 15 years by current owner Kerry Turley.

The car was originally built by the legendary John Sheppard specifically for Geoghegan to drive. It’s powered by a 350ci fuel-injected V8 that makes 550hp and is mated to a Hewland transaxle. It has 15”x10” wheels (taken from a Ford GT40) at each corner. 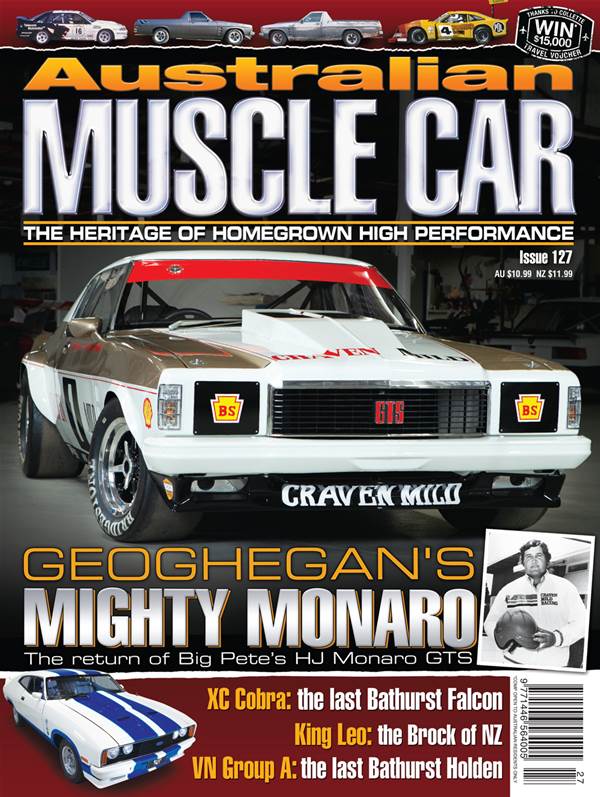 The Monaro was our Issue #127 cover star

Not surprisingly it won on debut in Geoghegan’s hands, beating Bob Jane at Calder Park.

After Geoghegan was done it passed to Garry Rogers, with the former driver-turned-team-owner using the car to accelerate his racing career.

Given its unique nature and history with some of the biggest names in Australian racing the car is expected to sell for big dollars when it goes under the hammer. Prices for rare and classic Australian-made Holdens and Fords have exploded since the end of the local manufacturing industry. 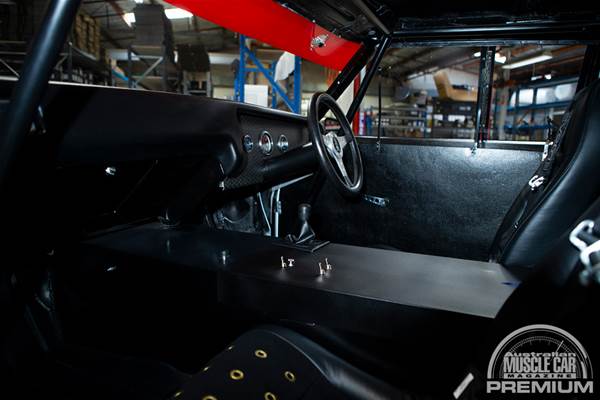 The Monaro has been restored over the past 15 years.

The Craven Mild Monaro isn’t the only desirable Aussie muscle car up for grabs at the Burns & Co auction.

A 1972 Holden LJ Torana GTR XU-1 that was originally the GM Holden press fleet car is also on the block. This carefully restored model has reportedly been garaged for the past 15 years and meticulously maintained so is bound to attract plenty of attention.

For blue oval fans there’s a 1976 XB Falcon 500 GS Hardtop with only 1677km on the odometer. It too has been restored and is finished in Apollo Blue with reupholstered white trim.

There’s also a ‘66 Ford XR Falcon Wagon that’s been in the same family for almost 40 years and has reportedly spent those decades in the garage.

Click here to check out full details of the auction.