A question mark has long hung over the whereabouts of the winning car from 1984 Bathurst, arguably the most famous #05 Commodore of them all. AMC has examined the evidence and presents our viewpoint. 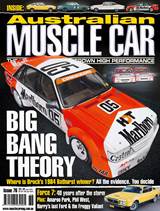 Thirty years ago this year, Peter Brock and Larry Perkins led home a 1-2 form finish for the Holden Dealer Team in the 1984 James Hardie 1000 at Mount Panorama, Bathurst.
The result brought down the curtain on the Group C era of regulations being used as the underpinnings of Australia’s Great Race and the cars known as the ‘Last of the Big Bangers’ – a tag stemming from HDT’s pre-Bathurst poster, see p43 – were replaced by meeker and milder Commodores under international Group A regulations.
One of the VK model ‘day-glo’ Marlboro cars went to the National Motor Racing Museum in Bathurst. The other went to England via Perth and continued its racing life before being returned home and restored to take a place in Peter Champion’s collection of Brock cars.
Sadly, the achievements of those cars, their success and the meticulous engineering and development process that goes into creating a Bathurst winner has been stained somewhat by an ongoing disagreement in recent years.
At the core of it sits the question: which of those cars is really the #05 Bathurst winner?
It’s a question that hadn’t raised its head really until the car that returned from England was restored and presented as the race-winning car.
There are two sides to every story and to write something definitive that puts AMC on one side of the ledger or the other will no doubt create some backlash.
From the start, let us state that it is not our intent to take sides or upset people. This story is simply AMC outlining the available evidence from as many sources as we could find.
We are not accusing anyone of lying, being deceitful or improper dealings.
Thirty years is a long period. It’s easy to forget details or not have paid enough attention at the time while in the middle of other projects. It happens. That’s life. Some things can be incorrectly noted and incorrect information becomes fact from the simple passae of time.
Any current topline racecar of any era is fettled to the extreme. Yet, any modification and change is rarely documented to the levels required by historians of the future.
What we are doing is analysing the facts, analysing sources of the period (and now) and giving our opinion on what we at AMC see as the real #05 VK Commodore of 1984. 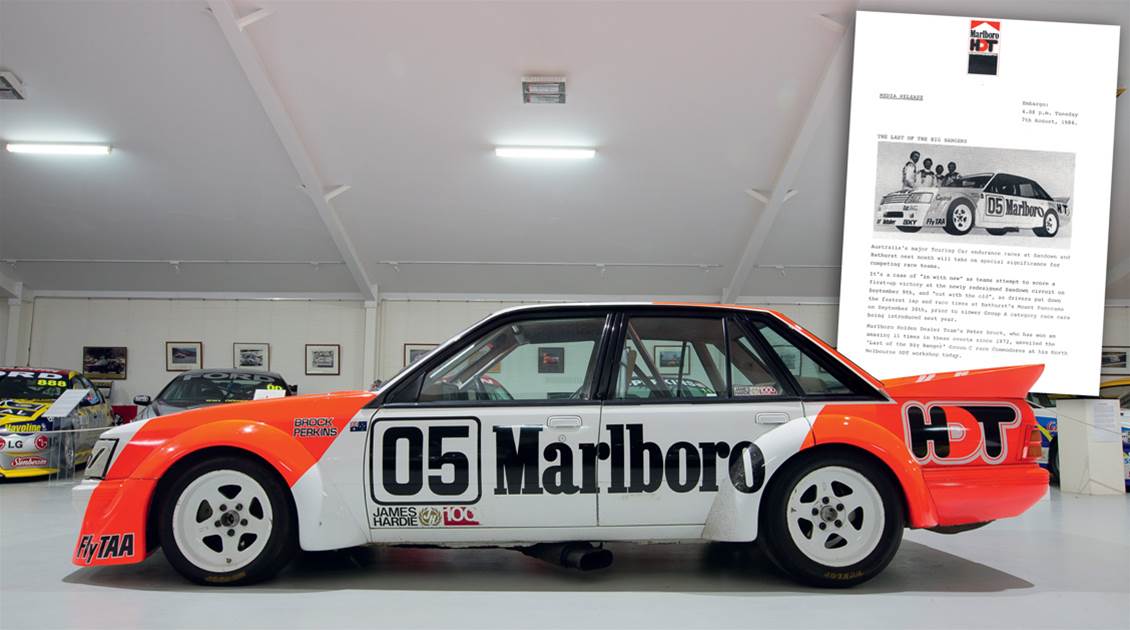 The National Motor Racing Museum at Bathurst is home to one of the VK Big Bangers.

This is our considered view on the matter.
If there is irrefutable evidence that changes our opinion, we’d be more than happy to do so.
But we have a very firm stance on such matters at this publication – we are an unashamed recorder of muscle car history and the case of the Big Bangers is an important one in the overall rich tapestry of Bathurst race history.
We’ve thought long and hard about doing a story on this matter and being the 30th anniversary is just one of the reasons to address the subject.
For the record, we believe what’s left of the race-winning car, #05, sits in the National Motor Racing Museum at Mount Panorama and the second-placed #25 car is the beautifully restored car owned by Peter Champion.
What is absolutely clear is that the Holden Dealer Team built two new VK model Holden Commodore racecars for 1984’s end of year endurance races.
The team ran the previous model VH Commodore during the Australian Touring Car Championship for Peter Brock and, on occasion, John Harvey. The latter stood in for Brock when the team owner and Larry Perkins tackled the Silverstone 1000 and Le Mans 24 Hour sportscar races in a Porsche.
The older model car then competed in the opening rounds of the 1984 Australian Endurance Championship. It was crashed by Brock at Amaroo in the wet and driven by Harvey and David Parsons at Oran Park before it was retired and the new cars debuted at Sandown. 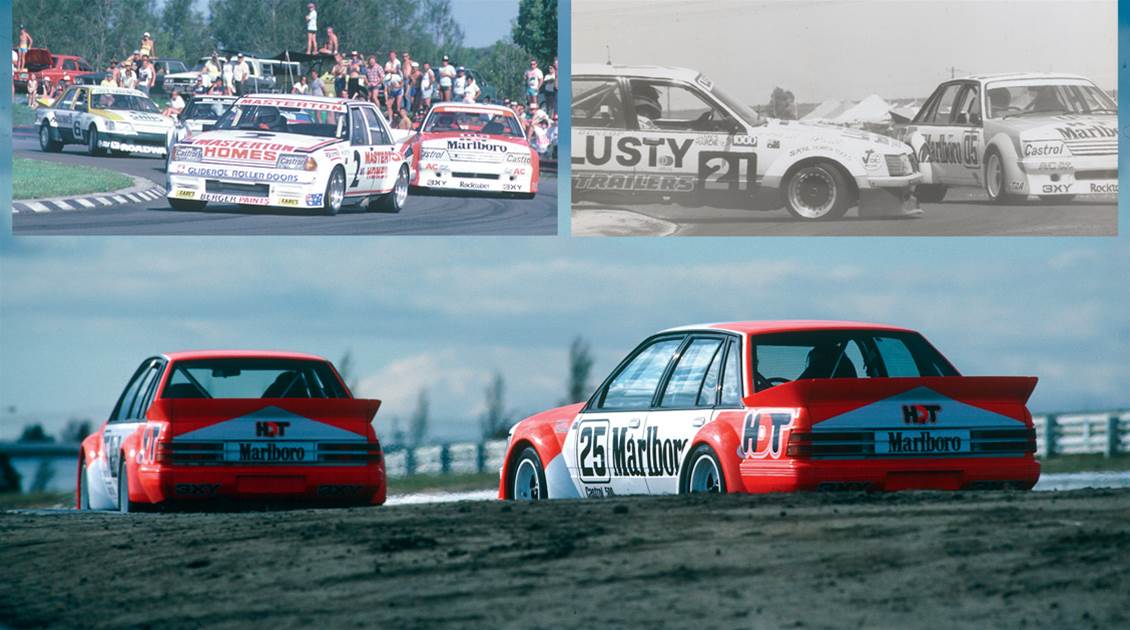 They both raced just four times – in the Sandown 500, Bathurst 1000 and Surfers Paradise 300 enduros, then in the touring car support events at Calder’s Australian Grand Prix.
Peter Brock and Larry Perkins drove the #05 car to victory at Sandown and Bathurst. Brock then drove solo to win at Surfers Paradise and finished second at Calder.
John Harvey and David Parsons drove the #25 car to third place at Sandown and second at Bathurst, before Harvey finished sixth at Surfers and fourth at Calder.
The #05 car was donated by Holden to the Bathurst museum in 1985 and stored in the council depot and the circuit’s ‘race centre’ until the museum was built, while the #25 car was sold to John Farrell in Perth. Car #25 was later sold to Bill Cleland (father of British Touring Car Champion John) and raced in England by John.
After passing through the hands of a few owners – and having a long, tough, racing life – it was sold to Willie Van Wersch in the early 1990s and returned to Australia before being sold to Peter Champion and restored by John Van Roosmalen for its new owner.