The Lion brand may be gone from the road but it’s still a winner on the racetrack.

Holden is set to depart the highest level of Australian touring car racing, but it’s still setting records on its way out the door. Shane van Gisbergen’s win in the opening race at this weekend’s Perth event was the 600th win for the brand in Australian Touring Car/V8 Supercar championship competition.

Holden Motorsports will make way for Chevrolet Racing from the beginning of the 2023 season, with the ZB Commodore replaced by the Chevrolet Camaro under the new Gen3 regulations.

Holden has a clear lead on the competition, with Ford currently sitting on 409 wins (at the time of publication) with Nissan a distant third with only 31 wins.

Chevrolet is already on the board though, with the 10 race wins in the ATCC/Supercars mostly courtesy of Bob Jane and his Camaro ZL-1. 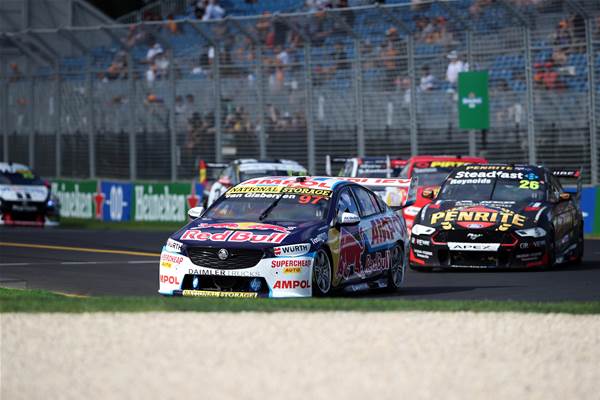 Shane van Gisbergen is still raking up wins for Holden in its final year on track.

General Motors celebrated the landmark achievement and thanked van Gisbergen for notching up the record win.

“Holden Motorsport has a long and proud heritage in Australasia, dating back to the late 1960s,” said Chris Payne, General Manager Holden and Chevrolet Racing Australia and New Zealand.

He added: “This momentous achievement is a nod to the fans, sponsors, teams and drivers who have helped make it all possible over more than 50-years of racing.”

While van Gisbergen was the driver responsible for the 600th, many of the sport’s most famous names including Peter Brock, Norm Beechey, Mark Skaife, Craig Lowndes and Jamie Whincup.