You can own a piece of Holden history with this prototype and Bathurst racer currently up for sale.

Group A regulations required car companies to build road-legal versions of their intended racing cars, leading to some very special road cars including this 1990 Holden VN Commodore SS Group A.

But this isn’t just one of the 302 production examples, which have become in-demand collectibles, it’s actually one of the prototypes used by Holden and Holden Special Vehicles (HSV) to develop the Group A entry.

What’s more, this particular example is actually road registered, something that is extremely rare for development prototypes. Instead they are typically crushed as they can no longer be used by anyone outside of the company.

This prototype, which was known originally as Special Vehicle Order 257, has had a long and interesting life. It was used for Holden’s testing, covering more than 30,000km to ensure the production models would be reliable and pass all government tests.

Which is when its story gets really interesting. 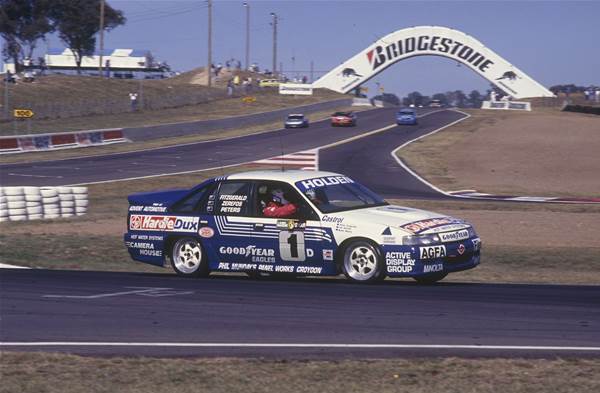 Holden Motorsport boss at the time, John Lindell, decided to enter the new Commodore SS in the 1992 James Hardie 12 hour production car race at Bathurst. He drafted in 1991 race winner Peter Fitzgerald to mastermind the entry.

Fitzgerald prepared the car but the Holden Racing Team hand-built the engine, which is something the seller argues makes this “the first HRT optimized” road car - but that’s open for debate by Holden experts.

Armed with this HRT-tuned V8 Fitzgerald led the driving crew, backed up by Jim Zerefos and Brett Peters, but only managed 13th in the race after hitting problems with the fuel system.

Holden then sold the car to the privateer Strathfield Car Radio racing team, which used it as a promotional vehicle.

While it had a variety of liveries and paint schemes over the years, its original prototype colour was white, not the Durif Red that most production examples were finished in, and it’s now back in its original hue.

The car is currently in Perth and the current owner is asking $550,000 for this rare Holden.

Check out the listing on Carsales here.