They made not be as famous as Brock, Moffat and Johnson, but Trevor Ashby and Steve Reed became a Bathurst institution. AMC caught up with the pair in 2016 to discuss their remarkable partnership. 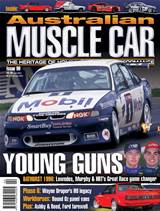 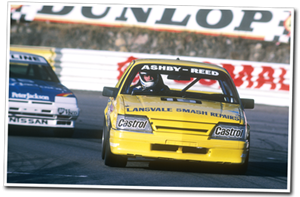 A low key debut for the Lansvale Smash Repair team at the 1986 AEC opener at Amaroo Park.

It would have been easy to dismiss the plain-Jane VK Commodore that appeared for Amaroo Park’s 1986 Australian Endurance Championship’s opener on August 3. For here was a car almost devoid of sponsorship and piloted by an unknown Group A debutant named ‘Ashby Reed’. Signage was limited to his name on the windscreen strip and all-uppercase text promoting one of Sydney’s many smash repair businesses. 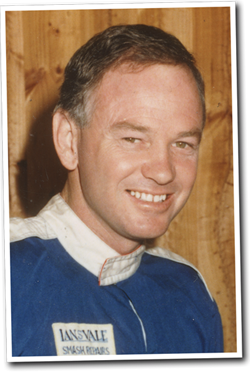 If anything was written over this Ashby Reed character’s effort it was ‘here today, gone tomorrow’. Touring car racing blow-ins came and went with monotonous regularity in that era. Most wannabes were only one bingle or engine detonation away from disappearing off the scene just as quickly as they arrived.

Sure enough, the nondescript VK gridded up at the rear among, to borrow a Bill Tuckey phrase, the rats and mice. The car lasted longer in the 155-lap Better Brakes 300 than seemed likely, before engine maladies ended its run and confirmed many cynical observers’ suspicions.