Is it a Commodore, a Monaro or a Torana? We pick the best tin-tops to wear the Holden badge on the track.

The clock is ticking on Holdens involvement in top-tier touring car racing. Assuming all goes to plan with Supercars’ new Gen3 rules, in 2023 the Holden Commodore will be replaced by the Chevrolet Camaro on the track.

Last weekend at The Bend Motorsport Park Shane van Gisbergen’s trio of wins helped to secure the manufacturer’s title for the brand in its final official season on track. It was a fitting end to a remarkable run for the brand.

So we’ve decided to take a look back at the lion brand’s best touring cars, from across all the eras including the Australian Touring Car Championship, Series Production and V8 Supercars.

This isn’t just a list of the most successful Holden touring cars, that’s certainly a factory for this group but we’re also taking into account the larger impact some of these models had on the overall brand and touring car racing scene in Australia - and the world. 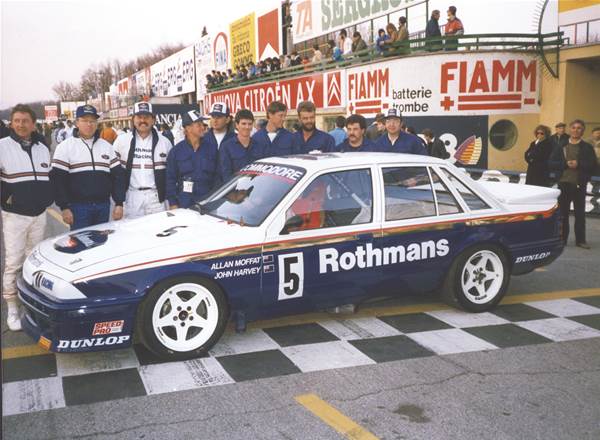 The VL Commodore SS Group A proved a winner on the world stage.

The Group A regulations were not designed for Australia, the rules were really set-up for the European and Japanese manufacturers like Ford, BMW and Toyota. But that didn’t stop Holden from doing its best.

The original Group A spec VK Commodore didn’t really maximise the regulations that allowed for the race cars to be based on special editions of just 500 examples. But by 1987 Peter Brock’s Holden Dealer Team had produced the VL Commodore SS Group A and turned Holden into a world beater - literally.

It won the opening round of the 1987 World Touring Car Championship with Allan Moffat and John Harvey benefiting when the BMW M3s were all disqualified. And it got even better at the ‘87 James Hardie 1000 when Peter Brock commandeered the #10 HDT Commodore and raced to his ninth Bathurst win - sharing with David Parsons and Peter McLeod. 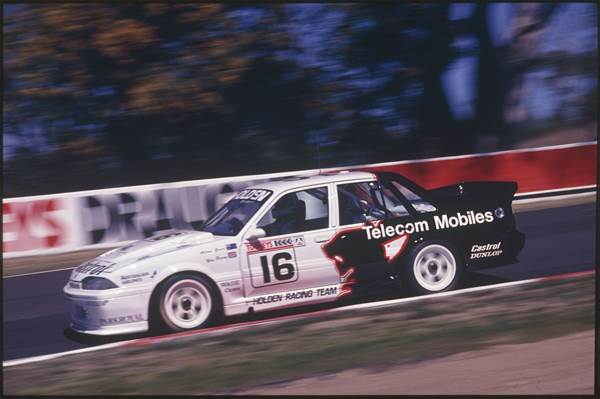 With the help of Larry Perkins, the newly-formed Holden Special Vehicles developed the VL Commodore SS Group A SV, an evolution of the previous model. The new version featured a dramatic-looking new aerodynamic kit that gave its iconic look but also made it slip through the air better and keep up with the potent Ford Sierra and Nissan Skyline GT-R.

It kept the Holden flag flying in the face of these imported Group A machines and at the 1990 Tooheys 1000 this Commodore had its finest hour. Allan Grice and Win Percy out-paced and out-lasted all rivals with the fast and tough Holden hero. 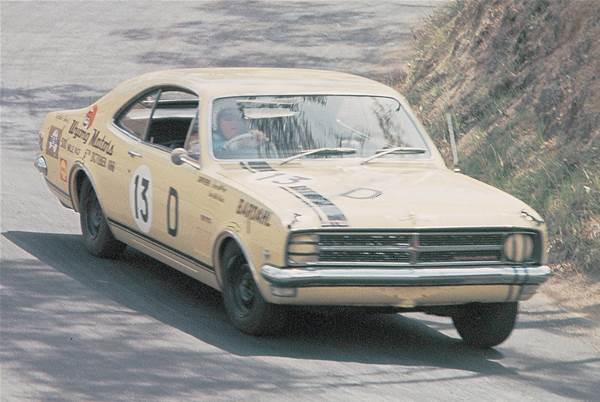 The HK Monaro GTS 327 was the car that started the Holden racing journey.

A winner on and off the track when it arrived in 1968, the HK Monaro GTS 327 arguably changed the course of Holden forever. It was the brand’s first hero model and muscle car, with a 5.3-litre Chevrolet V8 under the bonnet, four-speed manual gearbox and limited slip differential.

While an impressive road car, what really cemented its place in history was victory in the 1968 Hardie-Ferodo 500 at Bathurst. Bruce McPhee and Barry Mulholland leading home an HK Monaro trifecta at The Great Race, demonstrating that the Holden muscle car was fast and built to last. 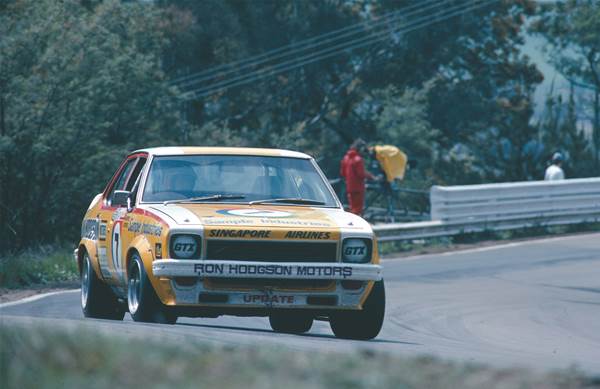 The LH Torana SL/R 5000 was just as potent in the hands of privateers as the HDT versions.

After winning Bathurst with the V8-powered Monaro and then the sharp-handling six-cylinder LJ Torana GTR XU-1, Holden decided to combine the two concepts and created the first V8-powered Torana.

Unsurprisingly the combination of a small, good-handling car with a powerful V8 engine proved a winner on the track. Colin Bond won the 1975 Australian Touring Car Championship for the Holden Dealer Team, but perhaps even more impressive was the fact that the SL/R 5000 won back-to-back Bathurst races with privately-entered cars - proving it was a competitive car in any well-run team’s hands.

Of course it helped that Peter Brock was driving one of those privateer entries, sharing his winning ‘75 Torana with Brain Sampson. Bob Morris and John Fitzpatrick then repeated in ‘76 proving the SL/R 5000 was a truly great Holden racer. 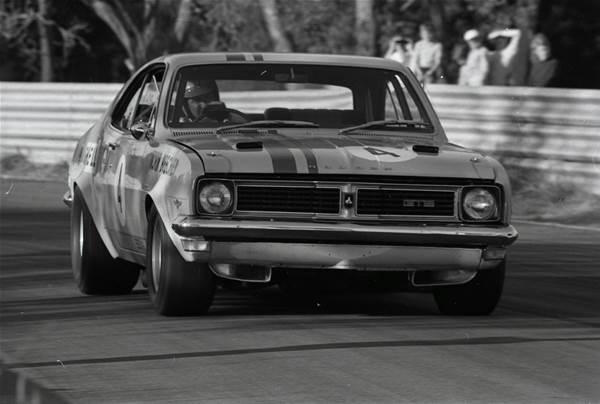 The early days of the Australian Touring Car Championship were dominated by imported cars - Ford Mustangs, Chevrolet Camaros and even the likes of the Ford Cortina and Porsche 911. Stormin’ Norm Beechey changed that in 1970 when he scored three race victories on his way to the Australian Touring Car Championship. It was the first time an Australian-made car had won the local title and (obviously) the first for Holden - but it wouldn’t be the last.

The Beechey HT Monaro is also just one of the most iconic Australian racing cars, looking muscular with the changes the Improved Production regulations allowed and resplendent in bright yellow Shell livery.

The Series Production version of the HT Monaro also won the 1969 Hardie-Ferodo 500 with Colin Bond and Tony Roberts driving the Holden Dealer Team to victory. Plus it gave a young Peter Brock his start with the factory team, so there’s plenty of Holden history tied up in this particular model. Peter Brock on his way to his first Bathurst victory in the LJ Torana GTR XU-1.

The LC Torana preceded it and kick-started the idea of valuing handling over brute power, but the LJ model took it to its most remarkable achievement. This was the car that really began the legend of Peter Brock.

It was the then-young star’s mastery of the wet conditions at Bathurst in 1972 that put him on his path to superstardom. But he was undoubtedly helped by the excellent handling of the six-cylinder Torana, which gave up a power advantage to the V8s but compensated with excellent handling.

It wasn’t a one-off success either, Brock and fellow HDT driver Colin Bond continued to race the LJ until the arrival of the LH Torana SL/R 5000 in ‘74. In fact, Brock won three of the first four races of the ‘74 ATCC in the Torana GTR XU-1 on his way to that year’s title.

It also saw Dick Johnson make his one and only start with HDT at Surfers Paradise in ‘74 - which only adds to the mystique of the LJ Torana. 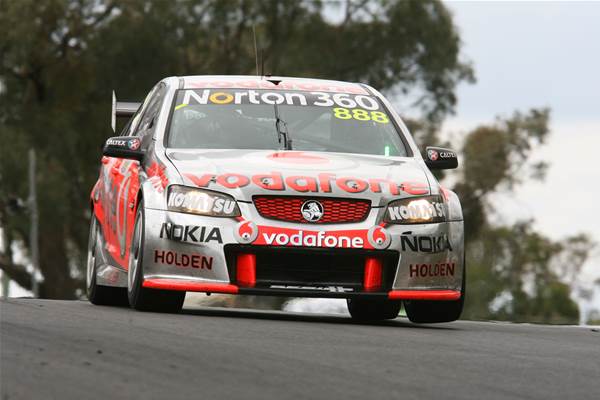 The VE Commodore claimed four Bathurst wins and three titles during its run.

While the Commodore had been Holden’s touring car flagship since 1980, the arrival of the VE in 2007 was special. That’s because the VE Commodore was the first all-new, all-Australian version of the famous nameplate, completely ignoring the Opel-based underpinnings that had served it since the VB days.

Of course, modern Supercars regulations meant the racing version was highly-modified from the production version, not that it really mattered when the car started winning. In fact, the VE Commodore started winning in 2007 and never stopped until it was replaced at the end of the 2012 season.

Over the course of those six years the VE Commodore was hugely successful, notching up 103 race wins, including four consecutive Bathurst 1000s. Those wins were split between the Holden Racing Team and Triple Eight Race Engineering (HRT in 2009 and 2011 and Triple Eight in 2010 and 2012).

It also won three V8 Supercars titles, with Garth Tander claiming the 2007 crown in its first season of racing and then Jamie Whincup finished the VE’s racing career with back-to-back titles in 2011 and ‘12. 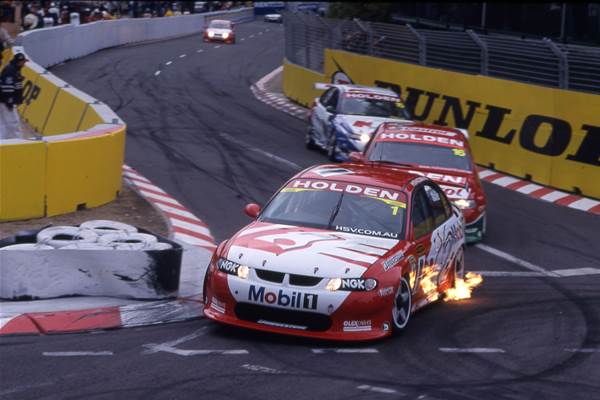 The Holden Racing Team used the VX Commodore to dominat V8 Supercars in the early 2000s.

The VX Commodore was largely just a cosmetic upgrade of the VT that launched in 1997. But as a touring car it was on another level.

This was the era when the Walkinshaw-run Holden Racing Team was at its peak, dominating the sport for two years with absolute superiority. HRT ace Mark Skaife used the VX Commodore to claim back-to-back V8 Supercar titles and back-to-back Bathurst 1000 wins.

And he did it all in the same chassis, which he appropriately dubbed ‘Golden Child’ due to its overwhelming success.

But what makes the VX Commodore so special is that it wasn’t just an in-form Skaife that could win with it, it was also a winner in the hands of several other drivers. In fact, in 2001 it won nine of the 13 rounds of the V8 Supercars series with seven different drivers (including Skaife’s Bathurst co-driver Tony Longhurst).

In 2002 Skaife won seven of 13 rounds, but Jason Bright won at Barbagallo and Winton, Greg Murphy won at Pukekohe and Jason Bargwanna at the Gold Coast.

If you’re counting, that’s 11 of 13 rounds in 2002 that the VX Commodore claimed in a crushing display of dominance. In fact, in its two years on track as Holden’s official entry the VX Commodore won 20 of 26 rounds across two seasons - that’s a 76 per cent winning record. 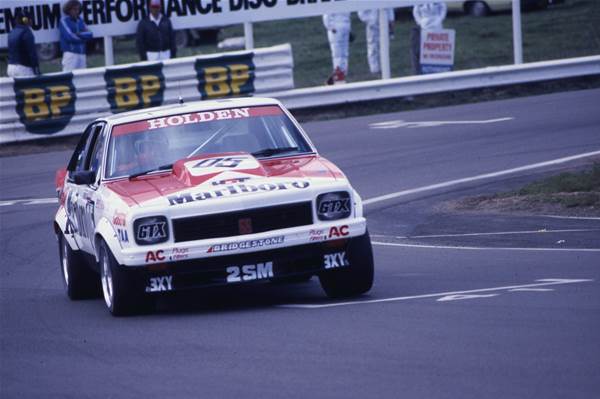 The LX Torana A9X is a true Holden icon of Australian racing.

If there’s a car that sums up Holdens raging success in the 1970s it’s the LX Torana in A9X form. While the standard LX hatchback was a sensible (dare we say, boring) small car, Holden’s determination to win on track spurred it to create this racing icon.

The A9X was sold as a ‘Performance Equipment Package’ from ‘77 onwards, and what a package it was. The flared wheel arches, massive bonnet scoop and rear spoiler, coupled with the battle-tested L34 5.0-litre V8, made it a formidable racing car.

But if the A9X is remembered for anything it’s Brock and Jim Richards back-to-back Bathurst wins in ‘78 and ‘79. The latter is arguably Brock’s finest moment, winning the race by a whopping six-laps and setting the lap record on the final lap - underlining just what a fast and reliable machine the A9X was. It notched up 108 race wins, four driver’s titles and three Bathurst 1000 victories in just five seasons of competition. Jamie Whincup won the V8 Supercars titles in 2013, ‘14 and ‘17 while teammate Shane van Gisbergen added the ‘16 crown in the VF Commodore.

At Bathurst its success came with three teams - Triple Eight, Tekno Autosports and Erebus Racing - showcasing that it was the car that was competitive, not just one particular squad.

It was also the last Holden touring car based on a locally-manufactured road car, with its replacement being the imported ZB Commodore (which was really an Opel Insignia). It was fitting that Holden’s final Australian touring car was its most successful, capping the brand’s remarkable run that stretched back to the Monaros of the ‘60s. 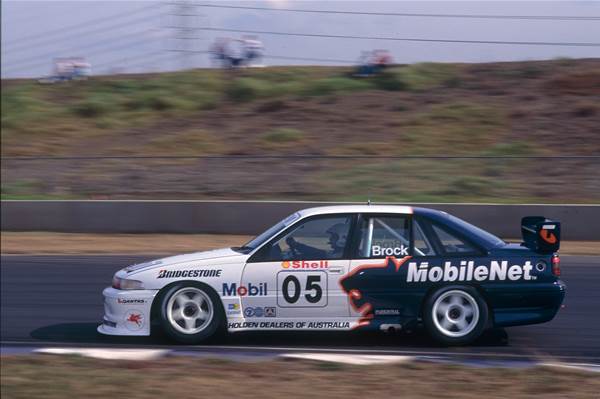 The VP Commodore led the Holden brand when the new V8 era began.

Obviously there are more than 10 Holden touring cars and there are some that missed the cut that we felt deserve some small recognition.

The VK Commodore only won one Bathurst 1000 but as the ‘Last of the ‘Big Bangers’ it has a special place in the hearts of Holden fans.

The VB Commodore won the ATCC on debut in 1980 and was updated to the VC Commodore to score the new model's first Bathurst win that same year, laying the foundations for the nameplate to become the brand’s racing model for the next four decades.

Finally there’s the VP Commodore, which was the lion brand’s new hero when the V8-powered touring car series began in 1993.

Alt history: Could the Holden Coupe 60 have helped save the brand?