Why the Chevrolet Corvette Z06 can compete with Euro supercars

The American muscle car has evolved into a track-tested sports car with its sights set on taking on the best from Porsche, Ferrari and co.

Chevrolet is aiming high with the all-new Corvette Z06.

Gone are the days of just blowing off the Ford Mustang and other American muscle, these days Chevy has the Corvette targeting Europe’s finest. It’s one of the main reasons why the company moved the engine from the front to the middle with this eighth-generation model, and now it’s poised to unleash its most capable ‘Vette yet.

The Corvette Z06 is a track-tested and track-ready take on the C8 Stingray, introducing an all-new engine that has been developed in the back of the Le Mans-racing C8.R. This latest addition to the range has been designed to help Chevy compete against the likes of the Porsche 911 GT3, Ferrari 296 GTB and Lamborghini Huracan. 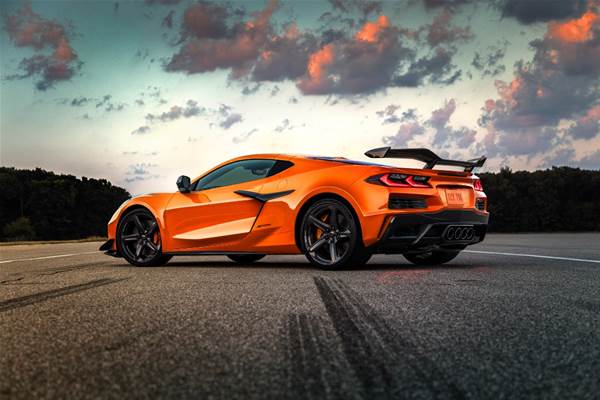 The Chevrolet Corvette Z06 is available with track-ready options including this large wing.

At the heart of the new Z06 is the all-new LT6 engine, a 5.5-litre V8 engine with a flat-plane crankshaft design that is designed to both improve performance but also give the new model a unique, European-style exhaust note.

Developed as part of the C8.R program, the LT6 makes 500kW of power and 623Nm of torque, which is a notable step up from the 369kW offered in the C8 Stingray (but a slight step backwards from the 637Nm the LT2 offers up).

It also gets a re-tuned chassis and suspension package, as well as a range of performance options including a large rear wing, carbon fibre wheels and track-spec tyres.

General Motors Specialty Vehicles (GMSV) has already confirmed that the Z06 will be available in Australia but has yet to confirm pricing and final specifications. However, Chevrolet has just released those details in the US so we can get an idea of what it will cost in Australia.

In America the Z06 will have a starting price of US$106,395, and based on the price difference between the Corvette 2LT model in the US and in Australia, that suggests the Z06 will be priced around the $215,000 mark. Obviously that price will vary depending on the level of standard equipment in Australian models, because GMSV fits a higher level of equipment to all Australian delivered C8s, so it’s possible that could be the case with the Z06 as well. 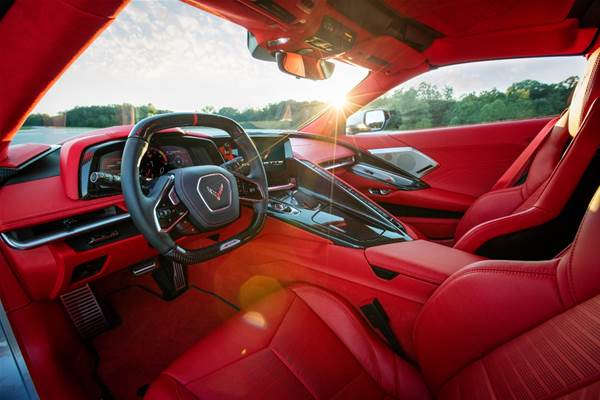 GMSV will add the Corvette Z06 to its Australian line-up in 2023.

In the US the Z06 comes with a range of options, which have also had their prices revealed. There’s the  Carbon Aero package, which is priced from US$8495 (or approx. $12,500) which brings the larger front splitter and sizable rear wing. There’s the Z07 package that adds carbon ceramic brakes, a new suspension tune, extra underbody aero strakes and Michelin Pilot Cup 2R tyres for US$8995 (approx. $13,250).  Carbon fibre wheels are also available for the new model, priced from US$9995 (approx. $14,700).

Full details, including the price and specifications for the Z06 aren’t expected from GMSV until closer to the new model’s arrival in local showrooms. That’s not likely until very late this year, or more likely sometime in the first half of 2023.