It’s not a V8-powered Falcon but this new high-performance ute is a true successor to some of the blue oval’s greatest hero models.

It may not look like it on the surface, but the all-new Ford Ranger Raptor is a modern take on the Australian muscle car. Obviously it’s a ute and it isn’t V8-powered but it has many of the trademark elements that made the likes of the Falcon XR8 and Falcon GT such iconic models for the blue oval.

The new Ranger Raptor was revealed this week and will be sold around the world, but it was designed, engineered and developed primarily in Australia by a team led by Australian engineers. It was headed by Dave Burn, Ford Performance Chief Program Engineer for the Ranger Raptor, who led the charge to make this new model even better than the original Ranger Raptor it’s replacing.

That’s no mean feat because the Raptor has become one of Ford’s most exciting and popular models since it launched back in 2018. It has spawned several would-be rivals, including the Volkswagen Amarok W580, which was developed by former HSV engineers at Walkinshaw Group, and the Nissan Navara PRO-4X Warrior, which is the work of Premcar, the team behind Ford Performance Vehicles. 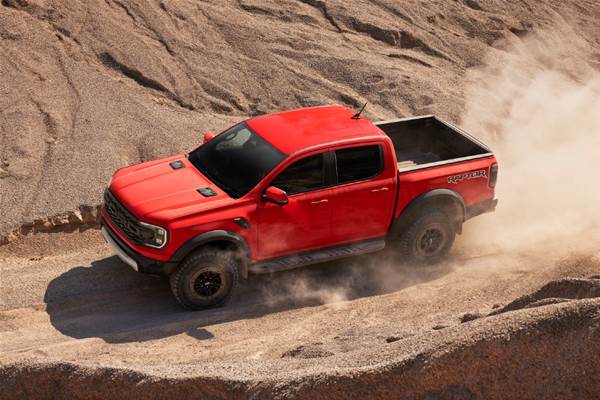 The Ranger Raptor is designed to perform both on and off-road.

Not that the Ford Performance team are worried about the competition - they don’t think they have any.

“You drive this thing and you tell me if there’s a competitor out there that comes close,” Burns said. “We’ve made an absolutely massive improvement and there’s really nothing else out there like it.”

These ‘massive improvements’ include an all-new engine, a 3.0-litre twin-turbo V6 EcoBoost that replaces the out-going model’s 2.0-litre twin-turbo four-cylinder diesel. It provides almost twice as much power, pumping out 292kW as well as 583Nm of torque. 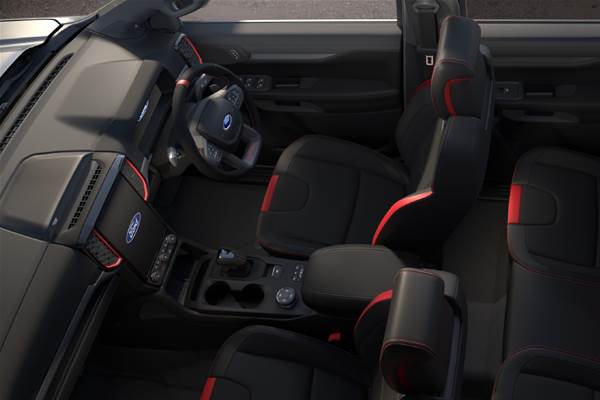 The interior features more technology than the out-going model.

The Ford Australia-led team have also overhauled the chassis and suspension to compensate for the extra power and ensure even better handling on both sealed roads and on a variety of rough surfaces.

To that end there are new Fox shock absorbers, these are 2.5-inch Live Valve Internal Bypass dampers which are filled with Teflon-infused oil that reduces friction by up to 50 per cent compared to the out-going Raptor, according to Ford.

The new Raptor also gets a tougher look to go with its beefed-up powertrain and chassis. The large ‘F-O-R-D’ grille remains the signature element but there’s also wider wheel arches and more underbody protection.

The new Ranger Raptor is due to go on sale by the end of 2022, with full specifications and pricing revealed closer to launch.