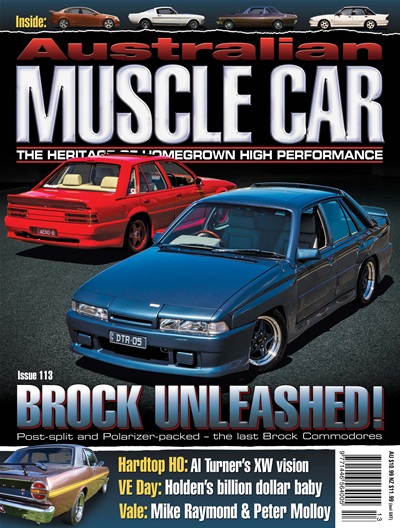 The return of the Chrysler Pacer, the unveiling of a convertible Corvette ahead of the Chev
sportster hitting our shores perhaps as early as next year, and all the fun of the SEMA fair

Post-split and Polarizer-packed.... the story of the Brock HDT Commodores that came after Holden had taken the shock decision in early ‘87 to cast its favourite son adrift.

This neatly turned out one-off two-door XT GT is a replica of the show car Ford displayed at the ‘69 Melbourne Motor Show. It’s also pretty much what Al Turner had in mind for the XW GT-HO

Herb Taylor wasn’t a star name but he was a fond, familiar presence in NSW racing in a series of six-cylinder Holdens - although he did fi nish second outright at Bathurst in a Ford