1972 XA GT Falcon
It’s lived in the shadow of the XW and XY GTs for far too long. So we’ve come up with 40 reasons to love this groundbreaking Falcon, which is celebrating hitting the big 4 0.

Lang Lang
James Cockington takes us behind the high-security fences, to see where Holden developed its performance vehicles, race cars and run-of-the-mill runabouts.

Trans-Am Mustang
The Bowden family’s Shelby-built racing Mustang competed in the famed Trans-Am series before making its mark in NZ. Now in Queensland, this rare notchback is helping to revive interest in all things Trans-Am.

F5000 Revival
They’re the most muscular open-wheelers, and Chris Lambden rose to the challenge of buying and racing one. Read what to expect when these 1970s bruisers make their debut at the Muscle Car Masters.

TCM Update
Six makes, 13 models, three winners. No wonder the Touring Car Masters is such a ripper series. We report on some surprising results from round two, at Phillip Island

Back In The Day
The 1987 Calder 500 was only a week after, but a world away from, that year’s Bathurst 1000. We relive this unique round of the World Touring Car Championship.

Models
Miniatures featured this edition have something of an animal theme. Check out our grid full of Brock, Beechey and Jase Richards’ most successful machines.

Out of Action
Would you believe an HJ Premier with a 13B rotary? Discover the deservedly rare Roadpacer. Plus a time-warp Torana and the WA car graveyard.

MIA
It was remarkably unsuccessful at Bathurst – six years running – but this gutsy little Golf has survived fires and misfortune to hopefully race its old mates again. Fore! 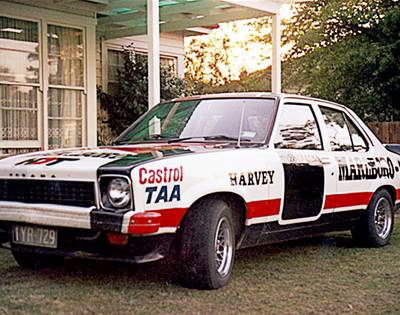