Muscle News
Australian-built performance cars will soon reach the end of the road, but what about their US equivalents? AMC examines the current state of the American muscle car market. Beverage to consume while reading this section: Miller Genuine Draft or Coors.

GT Nationals
Sandown holds a special place in Falcon GT history, so it was fitting, 46 years later, that the venue hosted the 16th Falcon GT Nationals. Beverage: whatever’s on tap at the Sandown Park Hotel, behind Dandenong Road Corner.

Muscle Maniac
We’ve found the Japanese Statesman once driven by Japanese Statesmen; uncover a gold nugget of an XB Falcon Sovereign; and introduce you to a Pacer named ‘Spotty’. Beverage: Sake.

The original Interceptor
By popular demand AMC presents an updated version of our 2011 story tracking the birth and life of Australia’s most famous hardtop. It’s the definitive story on the subject, which exploded plenty of myths perpetuated by lazy magazine writers. Beverage: another of those post-apocalyptic cocktails.

George Barris’s Movie Cars
To celebrate George Barris’s trip to Australia for MotorEx 2015, AMC takes a look at some of his most memorable TV and movie creations. Beverage: Batman energy drink.

Posters
One side features the famed Interceptor of Mad Max 1 & 2, while the other has the Cars of Mad Max 4. Beverage: Budweiser. Search for ‘Dale Earnhardt Mad Max’ on YouTube.

A9X Prototype
Treasures from Australia’s manufacturing past live on today – if you know where to look. Here’s a good example. It’s a Torana that played a dual role at Fishermans Bend (and Lang Lang) ahead of the legendary A9X’s road and race debut. Beverage: Boags Premium.

Cars That Won Bathurst
It’s 30 years since a trio of howling V12 Jaguar ‘Cats’ attacked Bathurst. Two fell over, one was left standing and it’s still going strong today. You won’t believe the secrets it still hides. Beverage: A warm pint of Carlings.

Longford Revival
When it comes to celebrating their motor racing past, Tasmanian enthusiasts gravitate to a sleepy little town called Longford. Beverage: Boags Draught, on tap at the Lex Davison Bar.

Sacred Sites
Our review of the defunct race circuits of the muscle car era continues with a look at Warwick Farm. The Sydney circuit saw some classic tin-top battles, but was also the home of proper racing, chaps. Beverage: Champagne, my dear boy.

Punter Pics
This edition’s Punter Pics is grab bag of shots from a number of AMC readers. Beverage: a mixed six-pack.

Out of Action
The segment we loathe but you love... no, wait, that’s Red Faces from ‘Hey, Hey It’s Saturday’. Beverage: Swan Premium Lager.

Whaddayaknow?
We live in hope that Bruce McPhee’s 1968 Bathurst-winning Monaro mightone day turn up. Until then, we hunt for the last car he raced at Mt Panorama. Beverage: Bluetongue. 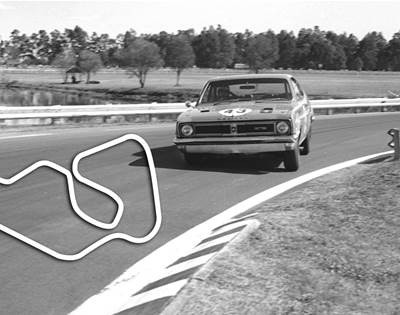 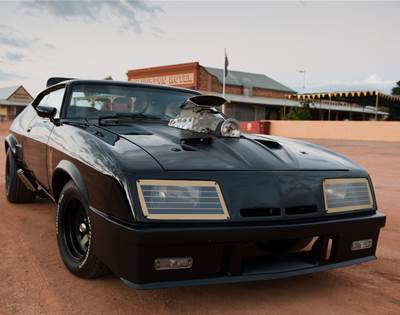