Muscle News
He’s waited a long, long time for some pony rides, but finally Paul Gover,AMC’s newsman, has put the new range of Ford Australia-deliveredMustangs through its paces.

Muscle Mail
Writers unravel rumours of SL/E manuals; take us behind the Chook Shed;and dig up more Sacred Sites … among other things.

Muscle Man
Barry Ferguson is a rarity among 1960s and ’70s motorsport legends: awhite-collar employee who lived a double life.

Max Wright Torana
The L34 Torana was the weapon of choice for all the big Holden names inthe mid-1970s, and plenty of privateers too. AMC profiles a unique car whosestory has just been waiting to be told.

Sheep in Wolves’ Clothing
A Hustler that you couldn’t buy from a truck stop’s magazine rack and a ZZ/Zthat was more like zzzz. Just two of a second batch of racy looking cars thatwere all show and no go.

Kevin Drage
If you reckon there’s no point re-inventing the wheel you should meet KevinDrage – creator of the most famous alloy wheels adorning factory muscle cars.

Punters Pics
Michael Strudwick’s photos spool back to 1970s Queensland racetracks,Lakeside and Surfers Paradise, the top drivers of the era and their big rigs.Michael’s shots are so good we have dedicated four pages to his work.

Top 25 Bathurst ‘paint’
When looks could thrill. AMC presents the best paint schemes to have gracedthe Bathurst 1000’s grid since 1974.

Sacred Sites
Starting with this issue we switch our focus from defunct circuits to those thatlive-on today. Now we pay homage to the great survivors. First up: Lakeside’sLazarus act.

Whaddayaknow?
Trevor Meehan tells us why his Bathurst 1972 campaign aboard a GT-HOPhase III failed to make the grid despite qualifying seventh fastest. It’s afollow-up to our ‘Sunday Too Far Away’ quest from two issues ago. 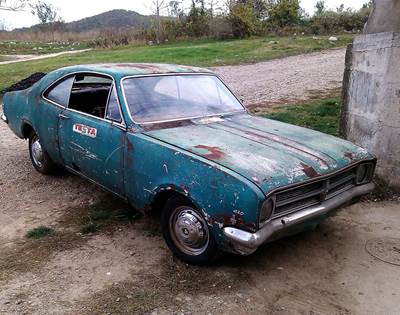 The story behind the Serbian Holden Monaro