Is this Holden's biggest dud?

The Holden HK Brougham isn't remembered fondly my many - but Racing Car News decided to see how it staked up with its namesake. 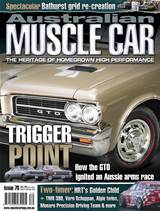 Holden’s short-lived challenger to the Ford Fairlane has long been considered one of Holden’s biggest duds. They are now a cult car, if only because they were fitted with the Chevrolet 307 V8.

When a 1968 HK Brougham came up for auction a few years ago, for whatever the reason someone was happy to fork out $22,000 for one, low mileage and in good original nick.

At time of release Holden was struggling to give them away. 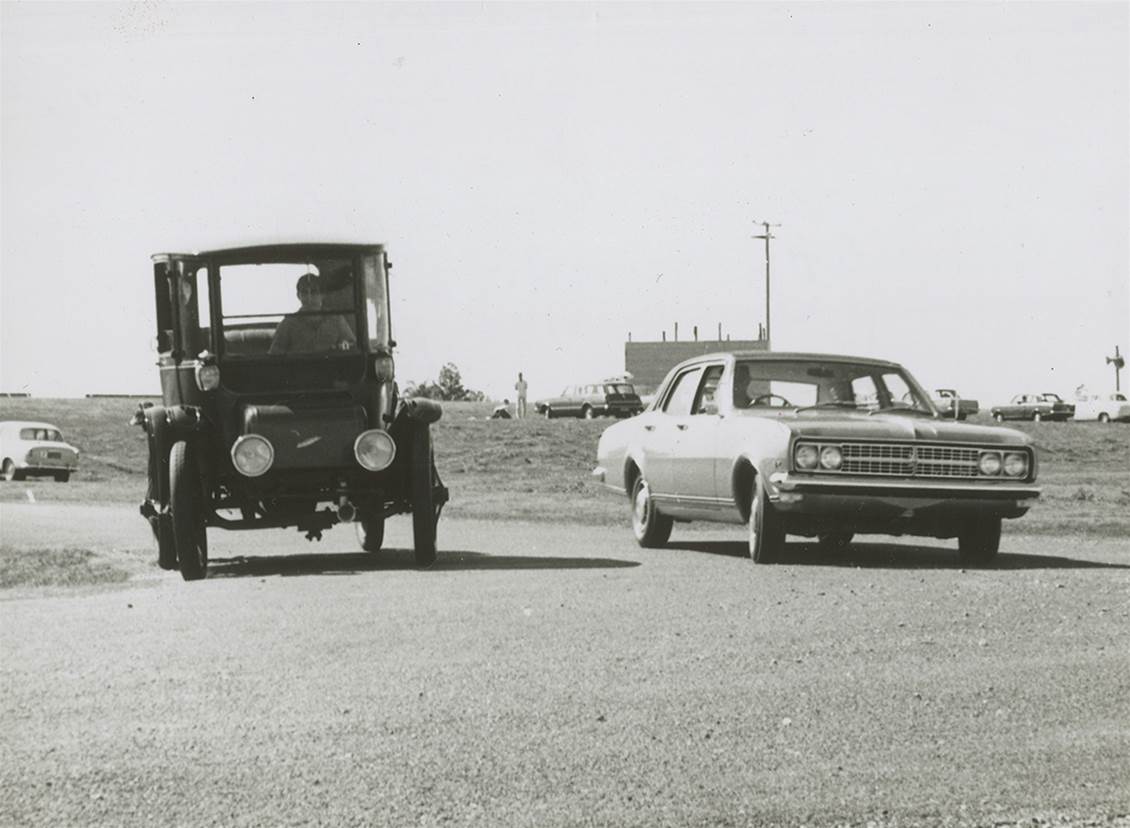 Typical of the reaction to the new Brougham can be found in the December 1968 edition of Racing Car News, when Queensland reporter Des White decided to pit Holden’s new prestige vehicle up against another car of the same name.

The only similarity between the two vehicles was that both had four wheels and both were called Broughams. 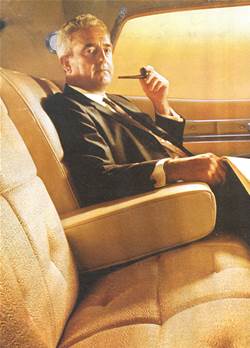 “Does that word fill your mind with visions of a long, low, luxurious limousine with the grey-haired company director in the rear seat, his secretary immaculate in a Tullo* original?” asked White.

Well, no. It reminded him that the last time he had seen a vehicle called a Brougham it was made by Detroit Electric in 1914 and was powered by batteries.

There was one of these in the Gilltrap Auto Museum on the Gold Coast so he borrowed it and took both cars to the Surfers Paradise circuit for a comparison. They lined up on the drag strip and a strange thing happened.

“Once the controls have been mastered the (1914) Brougham may be set in motion through moving the power tiller through its five speed positions. Acceleration is instantaneous and the initial clunk of the drive gear is the only noise to be heard as the stately carriage moves away in eerie silence. Many standing starts with the 1968 equivalent showed up the time lag of the automatic gearbox as the Detroit Electric shot away to lead for the first five feet.” 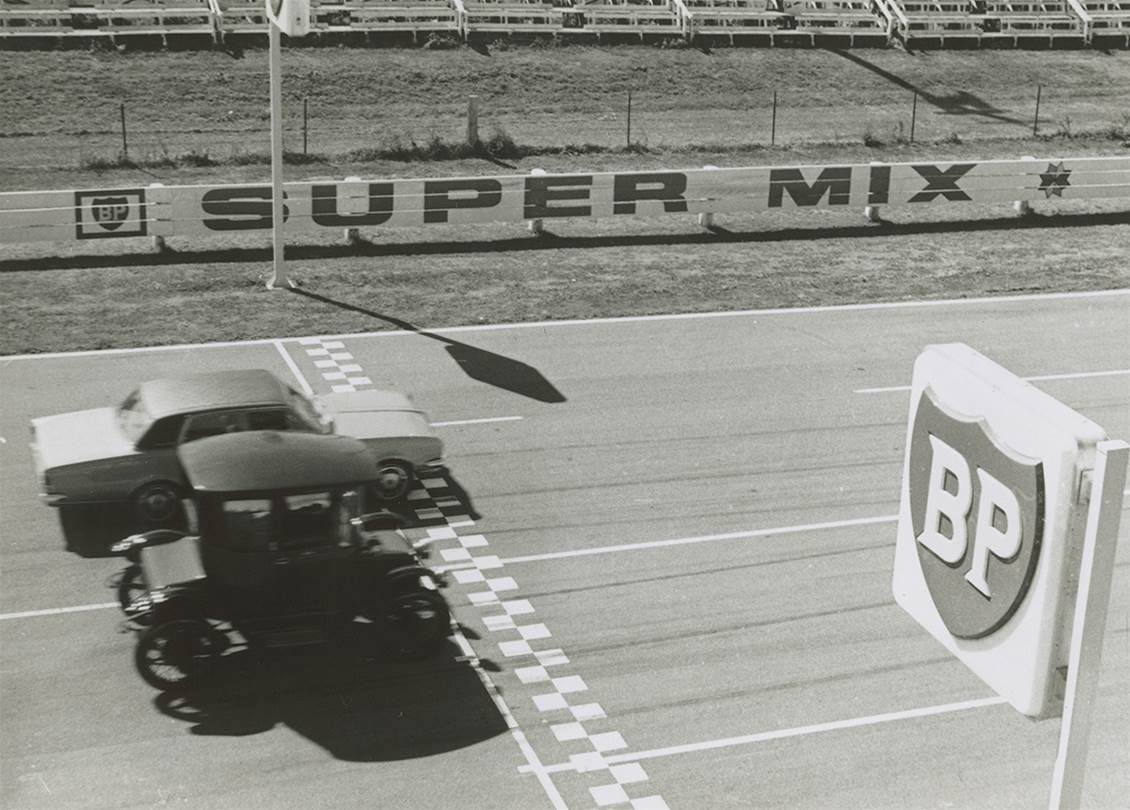 From six feet onwards the Holden’s V8 grunt took over as expected but if drag strips were a metre long the Detroit Electric would have kicked the Holden’s extended rear end. Unfortunately the electric car’s best standing quarter was a staggering 2 minutes and 41 seconds (with a top speed of 22mph).

The Holden Brougham did a little better.

He writes: “An upmarket version of the HK Premier, the Brougham used the same wheelbase chassis but Holden designers tried to achieve a limo look by extending the boot section by over 200mm then describing it as ‘noticeably longer, dramatically more beautiful than any Holden before it’.” 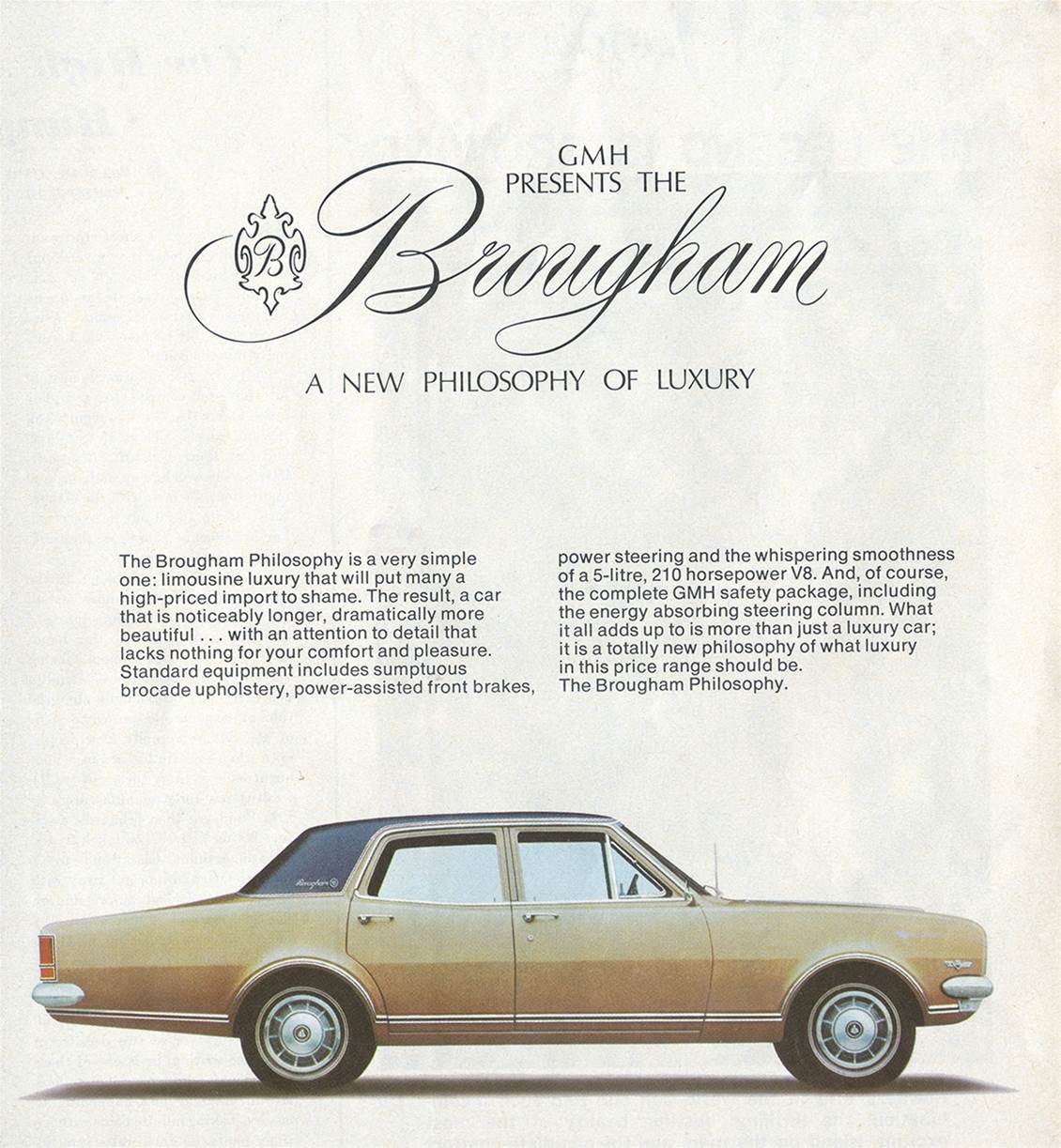 That didn’t fool too many grey-haired company directors – like the one shown in the GM-H ads sitting in the back seat smoking a pipe – and what was intended as Holden’s contender in the lucrative prestige market failed to make an impact.

Perhaps it’s only fair that decades later they are finally being appreciated.

*We are reliably informed that Norma Tullo was Australia’s top fashion designer in the late 1960s.