The American muscle car is going to take on the world’s most famous sportscar race in 2023.

An American NASCAR will take on the famous 24 hours of Le Mans endurance race with Hendrick Motorsport announcing it will enter a Chevrolet Camaro in the 2023 edition.

Chevrolet is no stranger to the race, competing regularly with its Corvette sports car, but this special entry will be the first with the Camaro muscle car. Chevrolet, Hendrick Motorsport and NASCAR are teaming up for the entry, which will run as the invitational ‘Garage 56’ entry that is reserved for an innovative or experimental entry.

Hendrick will prepare one of the new-for-2022 ‘Next Gen’ Camaros which feature a range of major technical changes for the category, including independent rear suspension, a six-speed sequential transmission and more underbody aerodynamic downforce. For Le Mans, it’s understood the team will add a hybrid electrical system in order to meet the Garage 56 requirements for innovation, as well as providing a real-world test for the system that’s likely to be introduced into NASCAR for 2024.

“Chevrolet is looking forward to being a key partner with NASCAR, Hendrick Motorsports and Goodyear in this historic Garage 56 effort," said Chevrolet Motorsport boss, Jim Campbell. "While many know us as the winningest manufacturer in NASCAR, we also have had great success with our Corvette Racing program at Le Mans, with eight class wins in 21 starts since 2000. At Chevrolet, we love to compete, and we can’t wait to get started on this program.” 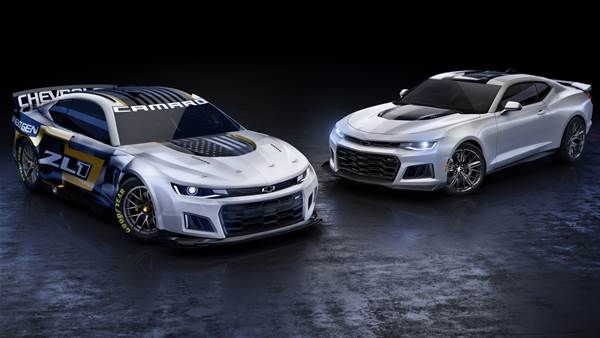 The 'Next Gen' NASCAR is closer to the Camaro road car in both appearance and technology.

The deal isn’t the first time NASCAR has raced at Le Mans though, with late NASCAR chief Bill France organizing a pair of stock cars to compete in the 1976 edition of the race.

“From the early days of NASCAR, it was important to my father that we played a visible role in international motor sports, and there is no bigger stage than the 24 Hours of Le Mans,” explained NASCAR’s current chairman, Jim France. “In partnering with Hendrick Motorsports, Chevrolet and Goodyear, we have the winningest team, manufacturer and tyre in NASCAR history. We look forward to showcasing the technology in the Next Gen car and putting forward a competitive entry in the historic race.”

Who will drive the Camaro will be announced closer to the race, but seven-time champion crew chief, Chad Knaus, will oversee the program.