Tasmania to produce the ‘petrol of the future’

Major announcement for new plant that has the potential to save the internal combustion engine.

In a deal that could secure the future of petrol-powered cars in an increasingly electric world, Tasmania is set to become a major hub for the production of synthetic fuel.

As we reported earlier this year, a company named HIF Global will build three new plants to produce carbon neutral synthetic fuel - otherwise known as eFuel - including in Australia. A site just outside Burnie in north-west Tasmania has been selected due to its ability to source a stable supply of renewable energy that is vital to the production of eFuel.

This is a major announcement for Australian muscle car fans because this new eFuel is reportedly capable of running in any existing internal combustion engine without modification while not producing any harmful carbon emissions. This means that despite the increasing number of electric cars, petrol-powered cars will still have a place in the future - even if any future government legislation or restrictions try to limit the use of existing petroleum and diesel fuels. 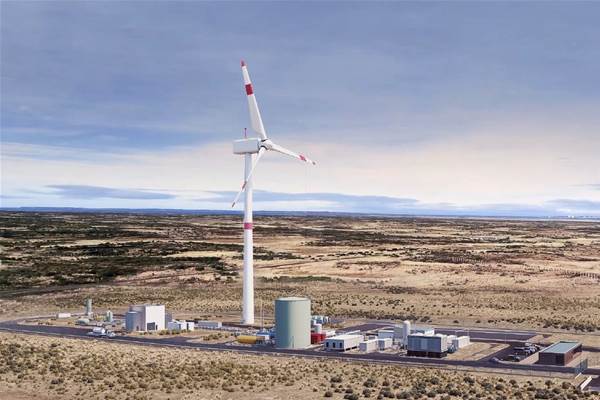 The Tasmanian plant will follow the first eFuels plant - Haru Oni in Chile.

The confirmation of the Tasmanian plant also positions Australia to become a global-leader in the adoption of eFuels, especially given this country’s love of V8 engines and performance cars.

According to the announcement of the chosen site - with Tasmania beating competition from Victoria and Queensland - construction of the plant is due to begin in 2024 in time for it to become operational in the first half of 2026. HIF Global claims the Tasmanian plant to be capable of producing up to 100 million litres of eFuel every year.

This will join the pilot plant in Chile, Haru Oni, as well as a second plant in the same country and another new facility in the USA. By 2026 the Haru Oni plant is expected to produce up to 550 million litres of eFuel

HIF Global is made up of several key players including Porsche, ExxonMobil and Siemens Energy.

Porsche has been a leader in developing this new type of fuel in order to ensure its petrol-powered 911 sports car is future-proofed. With the likes of Dodge confirming it will build an all-electric ‘eMuscle’ car in the coming years, the potential for eFuels to extend the life of internal combustion powered muscle cars is a promising development for those who don’t want to switch to electric power.

If you want to understand more about eFuels, check out this explainer video below.