Is time really running out for internal combustion engines? Can an electric car truly be a muscle car? And is there another radical option?

The only certainty for the future of muscle cars is it’s uncertain.

While the likes of Australia’s own Holden Monaro, Torana and Commodore as well as Valiant Charger and Ford Falcon GT are now long gone, there are still some from overseas fighting the good fight, like the Ford Mustang and Chevrolet Corvette.

However, the future of iconic nameplates like the Chevrolet Camaro and Dodge Challenger appear set to be electric as even the most V8-loyal brands admit defeat in the face of the overwhelming push towards electric cars.

Is eMuscle the next step? 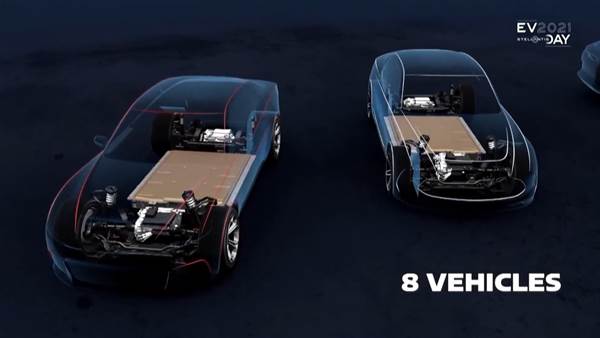 Dodge has revealed it will swap V8s for electric motors in its next-gen muscle cars.

Dodge is a brand synonymous with muscle cars, so much so its current line-up is focused around the Challenger coupe and Charger sedan, both of which can be powered by a 6.2-litre supercharged V8 called the ‘Hellcat’.

Which made its decision to announce America’s first ‘eMuscle car’ in July 2021 such a shock. This new model will effectively replace the Challenger, ditching the V8 for electric motors but, according to Dodge CEO, Tim Kuniskis, it won’t ditch performance.

Kuniskis admitted that the potential for performance growth from electric motors far exceeds what internal combustion has to offer.

“Even for a brand that’s known for pushing it a bit too far, we’ve pushed this pedal to the floor,” Kuniskis said last year. “Our engineers are reaching a practical limit of what we can squeeze from internal combustion innovation. We know electric motors can give us more, and if we know of a technology that can give our customers an advantage we have an obligation to embrace it to keep them in the lead. We won’t sell electric vehicles, we’ll sell more motors. Better, faster Dodges.”

But while this new eMuscle car will be faster will it really be better and appeal to muscle car enthusiasts? A big part of the appeal of muscle cars is the sound of the engine - whether it’s a V8, straight-six or something else - so while electric motors may make more power, they simply won’t be able to replace the visceral appeal of a good ol’ fashion internal combustion engine.

And Dodge isn’t alone in pursuing this idea of eMuscle. Chevrolet has long been rumoured to be plotting an electric replacement for the Camaro, while Ford has already teased concepts and one-off prototypes of Mustangs with electric motors.

Given the industry-wide push for electrification, it seems this is the most inevitable path for every car type, not just muscle cars, at least in the short-term.

Is hydrogen the long-term solution? 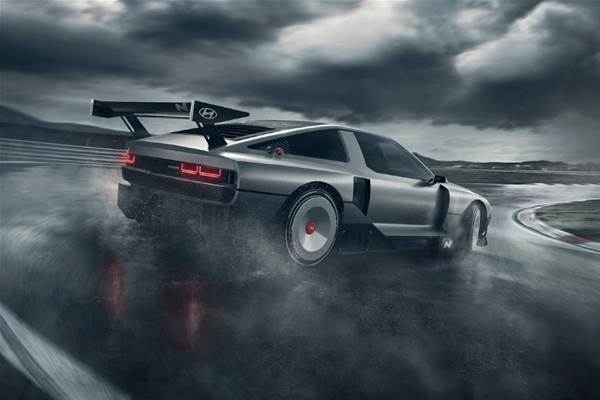 The Hyundai N Vision 74 is a twist on the muscle car concept with hydrogen power.

Looking further into the future there are brands that see an alternative to pure electric vehicles. Hyundai may seem like an unlikely brand to develop a muscle car, but the South Korean brand unveiled the striking N Vision 74 recently, a concept sports car with a hint of LX Torana hatchback to its retro lines and a state-of-the-art powertrain.

The N Vision 74 is powered by a hydrogen-electric hybrid system that uses compressed hydrogen to generate electricity on-board that powers electric motors on each axle. It’s a complex set-up but the use of hydrogen allows for a longer range than a pure electric car while retaining the extreme performance offered by electric motors.

Another advantage of this set-up is hydrogen can be refuelled more like a petrol or diesel powered car, with a public filling station typically able to top up a tank in a matter of minutes. However, the public infrastructure for hydrogen filling stations is even less-mature than that of electric vehicle chargers, so there are some major obstacles to overcome. And it still has the same lack-of-soundtrack problem that plagues the eMuscle concept.

Can eFuels save the internal combustion engine? 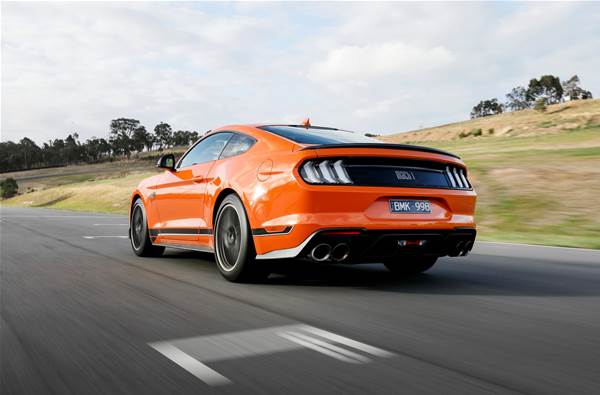 Newly-developed eFuels could be the way to save petrol-powered muscle cars like the Ford Mustang.

This might be the most important topic for lovers of traditional muscle cars in the coming years. The adoption of so-called ‘eFuels’ or carbon neutral synthetic fuel has the biggest potential to save the internal combustion engine as we know it.

Porsche is the car company at the forefront of this technology, investing billions in new factories that can generate this carbon neutral liquid fuel, but ultimately this new tech could save Monaros, Chargers and Falcons just as much as the 911.

According to Porsche eFuels can be used in a combustion engine without any modification, which means any older muscle car can, in theory, be just as environmentally friendly as an electric or hydrogen powered car.

The catch with eFuels is the government acceptance of the technology as a viable and genuine carbon neutral option. Many governments around the world are simply focused on banning internal combustion engines in their entirety, rather than taking a more nuanced approach.

Fortunately for Australian muscle car enthusiasts local governments have been much slower on making these kinds of changes, with Canberra becoming the first to announce a ban on the sale of internal combustion engined cars by 2035.

By that time hopefully there’s a solution that will keep muscle car lovers - past, present and future - able to enjoy whatever they drive - petrol-powered, electrified or hydrogen-fuelled.

Tasmania to produce the ‘petrol of the future’