Australian Muscle Car magazine this issue uncovers a genuine Ford Falcon Phase III Bathurst race car that has spent much of the last 40-plus years lost in the wilderness – or remote Western Australian mining town country, to be more precise – now painstaking restored to the trim in which driver Trevor Meehan took it to Mount Panorama in October of 1972 with high hopes of bagging a result in that year’s Bathurst 500.

As a race machine it was sponsored by Gypsie Carpets, but even if a thousand gypies had stared into a crystal ball, none could have predicted this GT-HO Phase III would survive today. Not when it had to endure not only years of neglect, but also cyclones, a rollover, and being pushed off a railway track by a mining ore train! This Ford’s former glory days were finally rediscovered only last year when it was unwittingly purchased from a deceased estate as a standard road car. We chronicle its brief racing history, and what sadly ended up being an aborted campaign at Bathurst in 1972.

As it’s Bathurst 1000 time, AMC also looks back on the 40th anniversary of Channel Seven’s ground breaking ‘racecam’ in-car TV camera technology, and reflects on the history of the top 10 shootout at the Great Race. When it was first run way back in 1978, ‘Hardies Heroes’ was considered by some to be a cheap gimmick – but in the 41 years since it not only has endured but has become a Bathurst tradition all of its own.

All that and a whole lot more in issue #112 of Australian Muscle Car magazine. 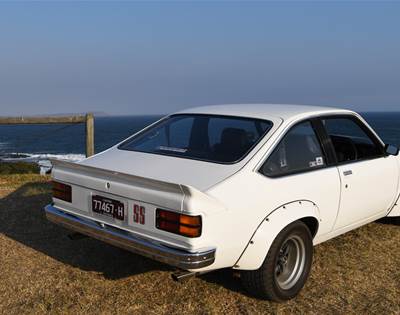