This issue readers: remember Mr XR GT and Rossco; recall their time pit crewing at the 1976 Bathurst 1000; retrace Mad Max’s footsteps; and save a Kingswood. The Kingswood? You’re not taking the Kingswood. I’ve just shampooed the carpets.

It’s 26 years since John Bowe made his Bathurst debut. The bearded wonder reflects on the changes to the Great Race over his time competing there.

It’s 16 years (give or take a year) since Paul Stubber made his Albany Classic debut. The historic tin-top racer and comic reflects on ‘Blue Lou’ and causing race officials grief. So what’s new, we hear you ask?

Luke Brand tracks the origins and development of the 1971 Chrysler Charger, which included the ultimate performance version, the R/T E38. AMC has unearthed some previously unpublished pics of rejected Charger designs. Appropriately, our 40th anniversary special begins on page 38.

Leo Geoghegan recalls his role developing the first of the Chargers via an old Valiant ute test hack and the Charger prototype. Valiant effort that.

Ever wondered who came up with the most famous Aussie automotive advertising catchphrase? AMC did, so James Cockington tracked him down to discover what inspired ‘Hey Charger’. We give him a two-fingered salute – in the nicest possible way. Gruen Transfer eat your heart out.

Of the 10 Chrysler Charger R/T E38s that raced in the 1971 Hardie Ferodo 500, just one still turns laps of racetracks today. Appropriately, it’s car #38. This is its story.

We don’t condone street racing here at AMC. Not one iota. We do, however, take great pride in presenting James Cockington’s story on the racing that took place at Homebush long before V8 Supercars annual bash.

Very little has been written about Rusty French’s racing exploits, despite him holding a competition licence for 45 years. Paul Newby decided it was time to tell his story, which includes many Bathurst campaigns and a Le Mans cameo.

AMC has taken a different approach to covering the annual Australian Muscle Car Masters. Lots of pics like usual, but Bruce Moxon also serves up plenty of mini stories and car profiles, like the tales about the little-raced A9X and Group A VL Commodore that broke cover at the Creek.

Many cars started the 1978 Rothmans 500, less than half finished. As it turned out, having the Toranas drop like flies was the best thing that could have happened to Holden four months out from Bathurst. We still can’t believe a 222-lap race (actually 600km) was held around Oran Park’s long circuit. Madness.

Some models don’t get out of bed for less than $10K a day. Then there are the petit and beautifully formed objects of desire on pages 120 and 121.

A modified Holden scene on the Thai island of Koh Samui. That’s appears to be the case when you look at the machines a holidaying reader has spotted. The Kingswood? You’re not taking the Kingswood. I’ve just polished the number plate.

Found it! We’ve tracked down Mark Skaife’s first race car and the good news is its loving owner is still competing in it. 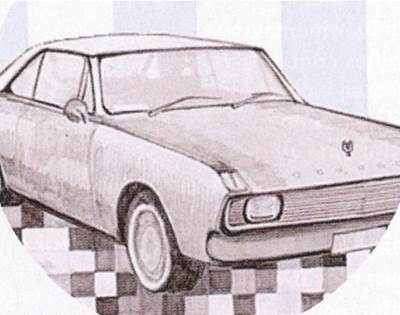