Paul Gover, fresh from the 2012 Detroit motor show, reports on the future of Ford’s and Holden’s futures. He also has the latest on the Chrysler SRT, Walkinshaw’s expansion into SUVs and FPV’s 2012 plans. Meanwhile, James Cockington digs up some little pop culture gems for Muscle Maniac.

The original ‘Brock Commodore’, the VC of 1980 and ’81, is one of the most important niche vehicles ever built in this country, establishing a market HSV and FPV service today. Vin Kean, the Adelaide Holden dealer who financed the development of that HDT VC, and set Peter Brock up in business, breaks his silence on his behind the scenes, yet instrumental, role in the Brock juggernaut of the early 1980s. By Luke Brand and Luke West.

In the first of a series of interviews with the Australian motor industry’s heavy hitters, AMC gets to know Ford Australia president Bob Graziano and puts some burning questions to him.

AMC eavesdrops on a chat between cartoonist John Stoneham and one of his favourite characters from his four-decade career illustrating Australian motorsport. In part two of Stonie’s interview with Percy, the 1990 Bathurst 1000 winner and HRT founder recalls his 10 Panorama pilgrimages in Commodores.

Jim Richards is finally chucking the Javelin into the fight. The Touring Car Masters craftsman tells Tony Whitlock how his new machine came together and explains why he has opted for American muscle.

Surf’s up at Huntington Beach, California for Aussie tourist John McCoy-Lancaster. JML stumbles upon the ultimate collection of American muscle cars, which includes an Aussie-built machine. Eye candy at every turn.

Targa Tasmania celebrates its 20th anniversary in 2012. James Cockington looks back at the ultra-successful inaugural event, which laid the foundation for two decades of lapping Tassie and kickstarted the tarmac rallying phenomenon in Australia. Lots of muscle flexed by motorsport’s greats.

In the late 1970s a small band of West Australians – mostly rural Ford dealers – combined for two madcap Bathurst 1000 assaults in a Falcon Hardtop. That car, unlike so many of the Great Race hardtops, has enjoyed a long and diverse post-Bathurst career and still turns laps today. This is its colourful story.

Imagine a street race that used buildings, shipping containers and the walls of a bridge as crash barriers. Welcome to the 1985 Wellington 500, the event that kickstarted the streetrace phenomenon Down Under. It was, as Steven Holmes outlines, the first all-Group A race in these parts.

A rundown of the latest models on the market of interest to muscle car and classic car fans. There’s the Holden GTR-X, lots of Aussie classics and touring cars that wore the signage of soft drink brands.

If there was an automotive version of DOCS, former owners of some of the cars on these pages would be in serious trouble.

We put the call out for word on what became of some Bathurst 1000 class competitors from the 1970s and ‘80s. 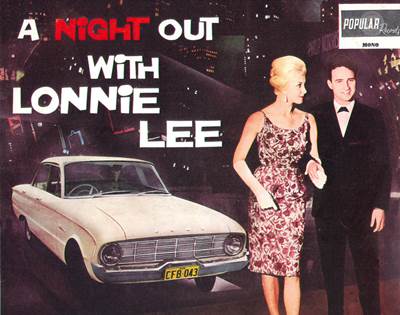 The rocking story behind the first Ford Falcon