Group A regulations governed Australian touring car racing from 1985 until the end of the 1992 season. It helped create some of the most famous homologation road cars of all-time and these days some of the stars of that era are in hot demand.

Road relevance is a key selling point for the new Gen3 Supercar rules coming in 2023. While the new Ford Mustang and Chevrolet Camaro Supercars will be much closer to the models you and I can buy in the showroom (well, at least the Ford), they are still far-removed from being production cars.

That wasn’t the case for the Group A regulations that were used locally between 1985 and 1992. The key selling-point for the International Group A touring car rules, introduced locally for the 1985 Australian Touring Car Championship, was road relevance. The Group A rule book required car manufacturers to build 2500 identical production models for public sale in order to make it eligible for competition.

In the early days that meant Group A was filled out by powerful coupes that already existed, like the Ford Mustang, Jaguar XJS and BMW 635CSi, but by the end of the 1980s the likes of Ford and BMW had begun to interpret the rules in a new way. 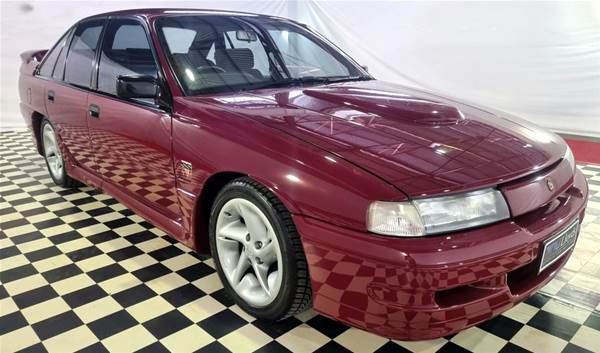 Group A era Commodores are now highly sought after by collectors.

We got cars built with racing in mind, rather than the road. Cars like the Ford Sierra Cosworth, BMW M3 and eventually the ultimate interpretation of Group A rules, the Nissan Skyline GT-R.

While Ford was able to rely on imported models to uphold its honours (leaving the Falcon on the sidelines), Holden had no alternative and built a string of Group A Commodores. It started with the VK Commodore in 1985, which had a 4.9-litre V8 and better brakes, but really took off in 1987 when the Holden Dealer Team created the VL Commodore SS Group A.

When Tom Walkinshaw took over Holden’s racing operations in the wake of Peter Brock’s fallout with the brand, he established Holden Special Vehicles (HSV) and built the iconic VL Commodore SS Group A SV; aka ‘The Walkinshaw’.

By the end of the Group A era HSV was building the VN Commodore SS Group A SV but was struggling to stay competitive against its forign rivals like the GT-R and Sierra Cosworth RS5000.

The domination of the Nissan and the fact the Sierra was an imported model not sold in Australia played a major role in the decision to create a unique Australian touring car rule book for 1993 and beyond. The new 5.0-litre V8 category allowed the Holden Commodore and Ford Falcon to become the dominant models again and the Group A models were consigned to history. 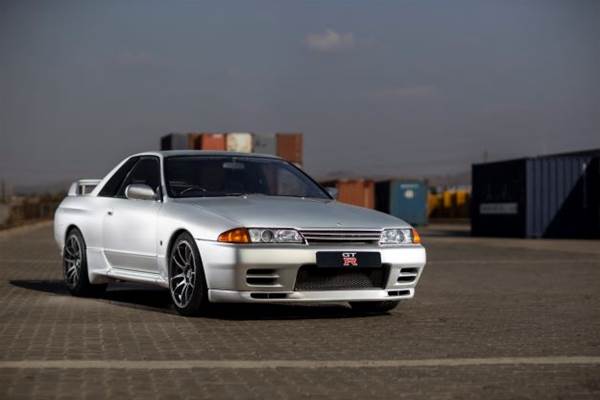 But while Group A wasn’t popular on the racetrack, it did help create some truly great performance road cars that the general public could buy. Whether it’s a reevaluation of the past or just simple nostalgia, the road cars inspired by Group A are commanding big dollars these days.

Here’s a guide to what you can expect to pay for some of Group A racing’s biggest stars in 2022. 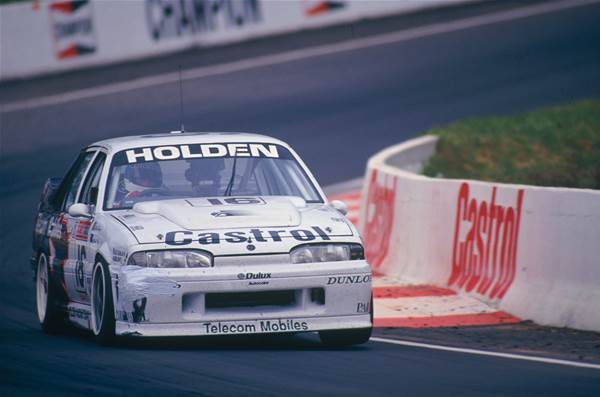 The VL Commodore was the first Holden that really embraced Group A rules.

Any quality Holden has gone up in value since the demise of the Lion brand, just like an artist’s paintings become more expensive when they die.

But if it’s a special or rare model like the VL Commodore SS Group A SV, the demand is currently sky-high. There’s only one ‘Walkinshaw’ Commodore for sale at the time of publication and Dutton Garage is advertising it for just under $300,000 ($299,990, plus on-road costs, to be precise).

While that’s a lot of money for a 34-year-old Holden, the then-new HSV only built 750 examples of the car so it has everything it needs to be a collectible car - rarity and significance as well as a competition history.

It helped establish the Holden Racing Team as a new team in the sport, laying the foundations for the dominant force it would become in the future. Allan Grice and Win Percy used it to win the 1990 Bathurst 1000, proving that Australia could still hold its own against the best in the world. 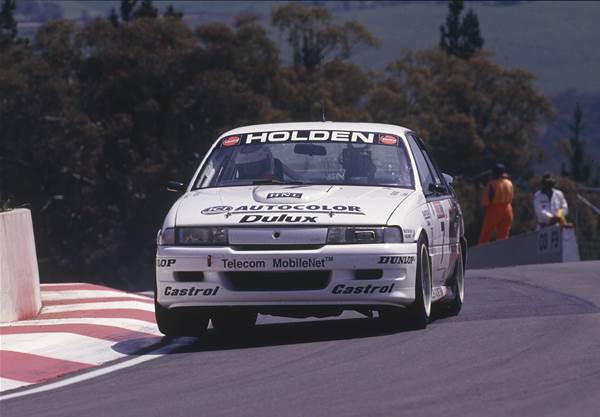 The Holden Racing Team emerged during the Group A era.

The final Group A Holden isn’t quite as iconic as the original Walkinshaw model, but with only 302 examples made (despite regulations requiring at least 500) it’s even more exclusive and therefore demanding big bucks.

The last time one went up for auction, in 2021, bidding exceeded $300,000 but the final price was never revealed, suggesting it could be well above that figure.

On the track, it wasn’t the fastest car but Grice and Percy used the VN Commodore to finish runner-up to the Nissan Skyline GT-R at Bathurst in 1991, so it has some pedigree. 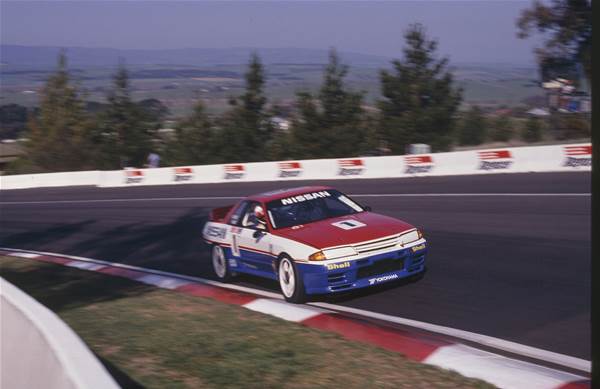 Nissan's 'Godzilla' was blamed for Group A's demise in Australia.

Time, it seems, heals all wounds. Despised at the time but beloved now, the ‘R32’ Skyline GT-R is now an in-demand Group A classic.

When it debuted late in the 1990 ATCC it was a game-changer, introducing four-wheel drive and twin-turbo performance to blow away the competition. Gibson Motorsport duo Jim RIchards and Mark Skaife dominated the sport in ‘91 and ‘92 but it wasn’t well-received by fans; who can forget Richards’ response to the crowd booing Nissan’s controversial ‘92 Bathurst 1000 win.

You’ll need between $80,000 to $130,000 to buy your own ‘Godzilla’ because the turbocharged, all-wheel drive coupe is in hot demand from both touring car fans and kids who grew up playing GranTurismo on Playstations. 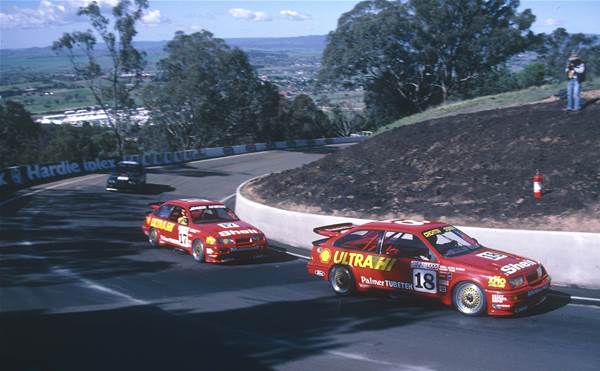 The Sierra replaced the Falcon as Ford's hero model during Group A.

One of the biggest criticisms of the Group A era was the cars weren’t readily available in Australia - and the Ford was the prime example. While Dick Johnson, John Bower, Glenn Seton and even Brock were driving the Sierra Cosworth, you couldn’t buy one at your local Ford dealer.

There were some imported by enthusiasts though, even after they had stopped racing, so they can be found in Australia if you look closely. The good news is, because the Sierra was sold in the UK, it was built in right-hand drive.

A search of online classifieds at the time of publication showed just two Sierra Cosworth available locally. The cheapest asking $100,000 and the other a whopping $165,000, so you’ll need to be a big fan to splash out on this Group A classic. 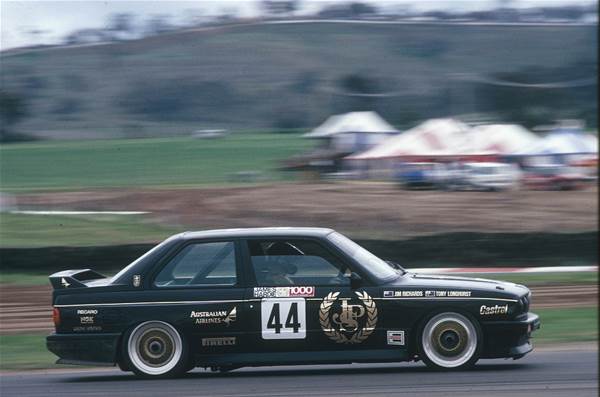 The M3 was a giant-killer for BMW.

While the Bavarian brand started the Group A era with the bigger 635CSi coupe, by 1987 it had developed the M3 ‘E30’ into a pint-sized powerhouse. It lacked a turbocharger like the Ford, but it was powered by a free-revving four-cylinder engine which was all the compact car needed to be competitive.

Richards, Tony Longhurst and Alan Jones played the role of giant-killers locally, harassing the Sierras and Commodores on the tighter tracks.
Like the Nissan though, the ‘E30’ generation M3 has become an in-demand Group A classic, not just in Australia but around the world. There are limited examples available in Australia because it was never built in right-hand drive and sold here.

A single modified-for-club-racing E30 is currently advertised online in Australia and even that has an asking price of $125,000, underlining just how in-demand these cars are. An unmolested road-going example would likely fetch even more than - if you can find one.