“Is it possible to challenge the immortal?” wondered Angus Mackenzie in the September 1985 edition of the now defunct Motor Manual magazine. 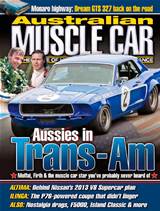 He was referring to the mighty XY Falcon GT-HO Phase III. Or in this case its road-going brother the 1970 XY GT, minus the ‘handling options’.

Fifteen years after the launch of Ford’s most memorable muscle car, magazines were still searching for an Australian supercar that could take them on.

In 1985, Motor Manual thought they had found a worthy contender in Peter Brock’s latest HDT creation, the Group A SS Commodore, also known as The Blue Meanie.

“Quick yet efficient, fast yet refined in a way the Falcon GTs never needed to be,” wrote Mackenzie. 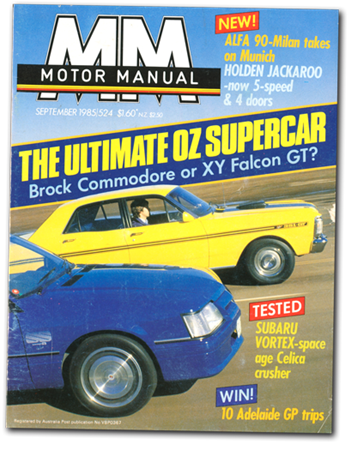 In 1985 the Phase III were still ranked as the fastest ever Australian production cars – “in a straight line, at least,” added Mackenzie. In the manner of a heavyweight veteran, they had blasted away all other pretenders to the title, so this blue Brockodore appeared to be just another victim.

Or was it? On the road, Mackenzie noted that the two cars were well matched except for brakes and tyres. Brock’s baby had the advantage of 15 years of advanced technology in those departments.

The magazine had tried in vain to find a genuine Phase III for the test but no owners wanted to risk their priceless thoroughbreds at Calder. Instead Melbourne enthusiast Dave Frake, co-owner of Ford GT Performance on Keilor Road, offered his yellow XY GT, only 300 miles on from a two-year nut and bolt rebuild.

“It’s difficult to find the words to describe the condition of Dave’s GT,” wrote Mackenzie. “It’s more than just a car, it’s an object of single-minded devotion.”

Officially, Ford maintained that the XY GT and its GT-HO Phase III big brother had equal horsepower ratings, although the HO package included a four-barrel Holley instead of the GT’s Autolite. The Bathurst specials also had solid lifters on the cylinder heads. Not that Angus Mackenzie was complaining about any perceived lack of power after his Calder hot laps in the GT.

The Falcon XY GT, with or without the HO option, was claimed as capable of the standing quarter in 14.8 seconds. On this typically miserable day at Calder, Frake sensibly decided not to test that out. The Brock Group A did the quarter in 15.4 seconds into a strong headwind that Mackenzie suggested would have added a half second to the time. HDT’s claim for the standing quarter, 15 seconds, was about right.

As expected the Blue Meanie was faster and smoother around the twisty bits although Mackenzie admitted that with a master like Moffat behind the wheel the GT wouldn’t have been that much slower. These cars were designed to be manhandled, with plenty of throttle and oversteer.

“The Commodore boasts brilliant handling, superb brakes and plenty of smooth fuss free power from the worked over V8. If you had to drive anywhere in a hurry, it would be the car to pick. But the GT-HO (or in this case the XY GT) is still king, despite the deficiencies in its chassis. The engine is still quite simply spine-tingling in the way it delivers – and it’s paid its dues on the racetrack. It has a mystique the Group A SS has yet to earn.”

Mystique is the operative word. It was the winning ingredient in 1985 and 36 years later it still applies. What has changed over the years is the value of those Blue Meanies. These are now in big demand and a good one in original nick is now worth around $100K. You can at least triple that amount for an authentic XY GT-HO, providing you find someone willing to part with one. 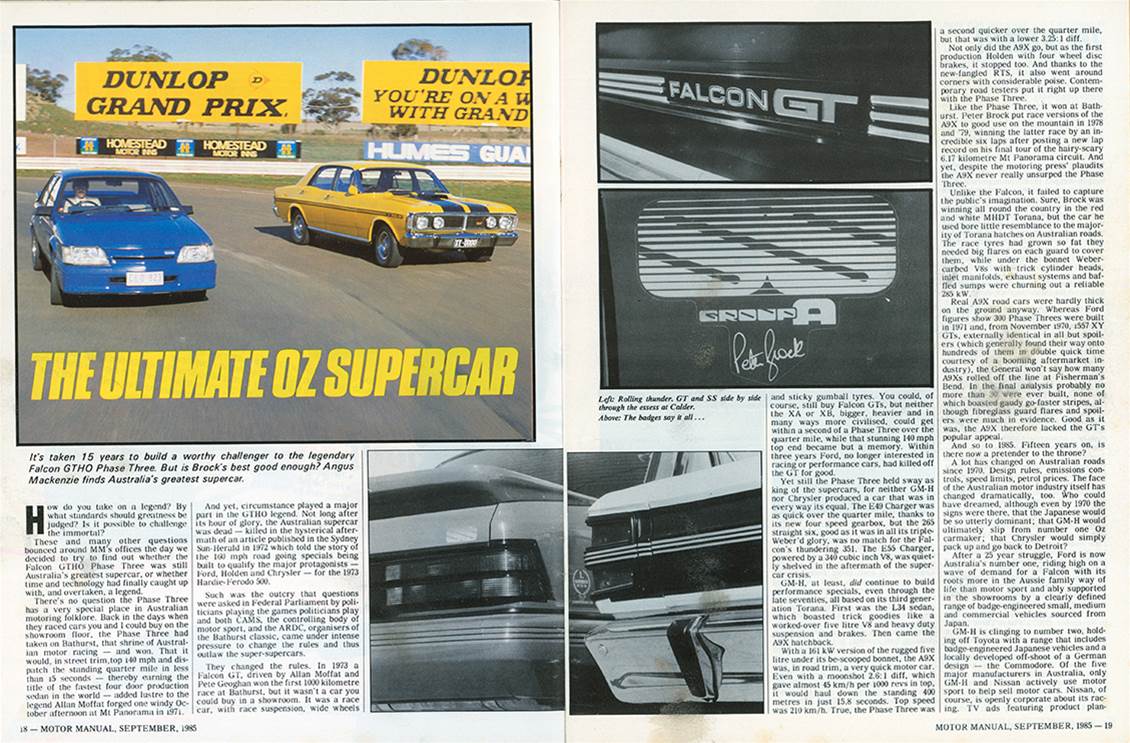 When AMC reached out to 27 years after this comparison, only a few things had changed.

David Frake was still the owner of Ford GT Performance and it was still at 595 Keilor Road, just a short squirt from Calder Raceway - the same is still true in 2021.

But he has sold that XY Falcon GT and replaced it with a GT-HO Phase III version. It’s also in Yellow Glo and again it’s a masterpiece. So much so, this car was featured on the cover of AMC #56, the July/August 2011 issue.

Frake loves those big yellow Fords. He also has an XB coupe in the same colour.

He says he likes selling Ford parts but hates selling complete cars. He only sold the GT featured in the 1985 magazine because he had to raise some cash to buy a block of land. That was 20-odd years ago and he got $20,000 for that car, big money back then.

Frake doesn’t remember too much about that test day at Calder but admits he would have been “sweating a little” when Angus Mackenzie borrowed his pride and joy for some hot laps. Or as sweaty as you can get on a typical freezing cold day at Calder.

Fortunately, Mackenzie, who has just finished up as editor-in-chief of English car magazine Motor Trend, is a pretty handy driver who treated this beast with the respect it deserves.

Frake would be a little more cautious about who he’d let drive his current Phase III. Moffat might get the nod but not many others, he says.

He is amazed at how many people remember that Motor Manual story. On the day we phoned him he said that just the week before someone else had mentioned it.